Fears are growing that thousands of Daesh terrorists may escape from Syrian jails, as Kurdish prison guards are reportedly leaving their posts to gear up for fighting back the Turkish military that has started an operation against Kurds in northern Syria.

US officials on Wednesday confirmed to CNN that some militants from the US-allied Syrian Democratic Forces (SDF) had already left their posts at various jails holding Daesh prisoners and headed north before the Turkish offensive began.

The US Defense Department Inspector General had also warned in June that Daesh had established “resurgent cells” in Syria.

Hundreds of Daesh prisoners continue to be held in makeshift prisons close to the Turkish border, according to US defense officials.

The CNN report said that officials have long warned of the vulnerability of the “pop-up prisons” housing some 11,000 to 12,000 Daesh militants captured on the battlefield, 2,000 of whom are foreigners not from Iraq or Syria.

Amid growing concerns over the escape of those prisoners, the US president said Wednesday some of the most dangerous Daesh inmates had been moved to “other areas where it’s secure.”

Hours after Donald Trump’s announcement, a US defense official confirmed to ABC News that the US military has taken custody of two “high value individuals” – from the SDF. The two are said to be the British Daesh “Beatles” terrorists notorious for videotaping beheading of captives by the Takfiri group.

“They are being held in US military custody pursuant to the law of war. They have been moved out of Syria and are in a secure location.”

In an interview with PBS News Hour, US Secretary of State Mike Pompeo acknowledged that there are Daesh “remnants” in Syria.

“We have taken down the caliphate,” he said, using the term to describe Daesh’s territorial presence. “There are ISIS remnants that remain,” Pompeo added, using another acronym for the militant group.

“One of the prisons that Daesh detainees (are) held in was struck by a Turkish airstrike,” the SDF said in a tweet, without giving further details.

According to a statement by the Turkish Defense Ministry, the country’s military has so far hit 181 positions of the People’s Protection Units (YPG) — the SDF’s backbone — in northern Syria.

The Turkish incursion officially started earlier on Wednesday after the US president gave his Turkish counterpart Recep Tayyip Erdogan the green light to proceed with his long-planned move against Kurdish fighters.

In his PBS interview, Pompeo denied that the US had given a de facto go-ahead to Erdogan. “Well, that’s just false. The United States didn’t give Turkey a green light.”

Donald Trump’s decision to “betray” his country’s Kurdish allies has provoked a backlash from Republican allies.

Hours after Turkey began its incursion into Syria, the pair released the outline for a wide-ranging Turkey sanctions bill targeting Ankara’s defense and energy sectors as well as top Turkish officials, including President Erdogan. The sanctions would expire when Turkey ends its incursion into northeastern Syria.

“While the administration refuses to act against Turkey, I expect strong bipartisan support,” Graham wrote while releasing the sanctions bill outline on Twitter. 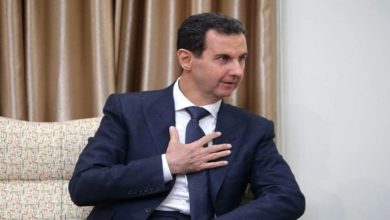 Turks are Our Brotherly People, Conflicts Between Us is Illogical: Assad