Syrian government forces have carried out a string of clean-up operations in Quneitra province, discovering a substantial amount of Israeli-made weapons and medical supplies from a former stronghold of foreign-backed Takfiri terrorists.

An unnamed military source told SANA that Syrian soldiers launched operations in the outskirts of Quneitra on Saturday to clear the area of hidden explosive devices and ordnance left behind by the militants.

Back in June, Syrian army soldiers discovered a substantial amount of munitions, some of them US-built, from a former militant position when they mounted operations on the outskirts of the town of Jubata al-Khashab in Quneitra province. 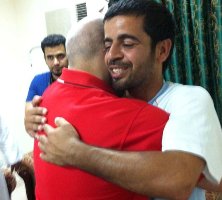