Syria says some permanent member states of the United Nations Security Council continue to abuse the body’s mechanisms to politicize the humanitarian situation in the Arab country.

Syria’s Ambassador to the United Nations Bashar al-Jaafari made the remark at a UNSC session on Thursday, saying those countries take advantage of the situation in Syria to undermine the country’s safety and stability and support terrorism, Syria’s official news agency SANA reported.

The senior diplomat added that improving the humanitarian situation in the Arab country and solving the difficulties facing Syrians need full commitment, respect for country’s sovereignty and territorial integrity, and support for efforts of the government and its allies to eliminate the remaining terror groups.

Jaafari also called for an immediate end to the illegitimate presence of foreign troops in Syria, and a halt to the war crimes being committed by the US-led military coalition.

Elsewhere in his remarks, the Syrian diplomat said that foreign-backed terror groups in the northwestern province of Idlib continue to use civilians as human shields and prevent them for days from passing through the Abu al-Duhur corridor to reach areas liberated by Syrian government troops.

Jaafari added that US-backed terror groups still refuse to allow residents at al-Rukban refugee camp to leave there, forcibly seizing large amounts of humanitarian aid and transporting it to their positions in the militant-held al-Tanf area.

The Syrian army troops and their allied forces, backed by Russia’s air cover, are resolute to liberate the militant-held areas in the two provinces through offensives launched weeks ago.

The US and Turkey agreed on August 7 to set up a buffer zone to the east of the Euphrates River between the Turkish border and Syrian areas controlled by US-backed Kurdish militias, which Ankara views as terrorists affiliated with the homegrown Kurdistan Workers’ Party (PKK) militant group.

The zone is claimed to be aimed at settling around one million displaced Syrians.

The Syrian government — which is opposed to Turkish and US military activities on its soil — has slammed the US-Turkish agreement, labeling it as a violation of Syria’s sovereignty and territorial integrity as well as international law.

During Thursday session of the UN Security Council, both Russia and China voted against a resolution, which called for a ceasefire in Syria’s war-torn Idlib province.

Russia’s negative vote came after its UN ambassador tried unsuccessfully to include an exception for “anti-terrorist operations” in Idlib ceasefire resolution.

Ambassadors of Belgium, Kuwait and Germany had strongly urged that the resolution should not be vetoed, calling it a “purely humanitarian” measure, AFP reported.

The vetoed resolution said that all involved parties must cease hostilities “to avoid a further deterioration of the already catastrophic humanitarian situation in Idlib Governorate, beginning at noon Damascus time on 21 September.”

Russia and China opposed the resolution by presenting an alternative resolution, demanding truce in northwest Syria with the exception of military offensives against UN-blacklisted militant groups. The resolution, however, failed to get the minimum nine votes needed on Thursday. Only Russia and China voted in favor of their own text. 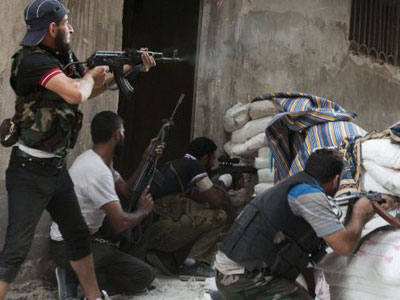 Many insurgents killed in new clashes in Syriaâ€™s Aleppo

Israel Continues to Provide Help to Terrorists Fighting in Syria 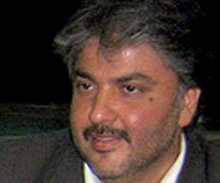