Turkish President Recep Tayyip Erdogan says all the Russian S-400s received by his country will be fully deployed in April 2020, and that Ankara seeks to produce the missile defense systems jointly with Moscow.

He made the remarks in an address at Istanbul’s Ataturk Airport on Monday, marking the third anniversary of a 2016 failed military coup.

“With God’s permission, they will have been installed in their sites by April 2020,” he said.

“The S-400s are the strongest defense system against those who want to attack our country. God willing, we are doing this as a joint investment with Russia, and will continue to do so,” he said.

The first parts of the S-400 air defense system were flown to the Murted air base near the Turkish capital, Ankara, despite US threats of sanctions if its NATO ally went ahead with the $2.5-billion deal with Russia. The US has long warned that Turkey cannot have both the S-400 and American F-35 stealth fighter jets.

Washington is expected to level sanctions against Ankara under the so-called Countering America’s Adversaries Through Sanctions Act, which mandates US sanctions against anyone making a significant deal with the Russian defense industry.

The US has already halted deliveries of F-35 to Turkey and suspended the training of Turkish pilots to fly the aircraft.

Bloomberg reported on Sunday that US President Donald Trump’s team had settled on a sanctions package to punish Turkey for receiving S-400 parts and planned to announce it in the coming days.

Turkish Defense Minister Hulusi Akar told acting US Defense Secretary Mark Esper over phone on Friday that his country’s acquisition of the Russian S-400 was “not a choice but a necessity” because Turkey was under “serious threat.”

Syria Kurds Win One of Biggest Operations vs ISIS 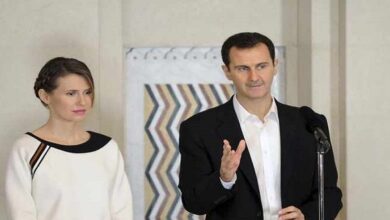 US Imposes New Sanctions on Syrian Govt, Including Assad and His Wife