Gunmen positioned in the Qalamun mountains and Arsal barren areas are beating the drums of war. They are exerting efforts in preparation for the next confrontation plan, and getting ready for a battle which they believe inevitable against the Syrian army and Hezbollah. Here, a military scheme is drawn to open a pre-emptive battle to restore Jose crossing in the next few days. The spark of Qalamun and Arsal battle hasn’t been triggered yet. Insurgents are still playing with the ‘lost time’, awaiting for the crucial date between a moment and another. The two fighting camps on the Syrian ground – opposition militants on one side and the Syrian army with the support of Hezbollah fighters on the other – are preparing for an “inevitable war” that will break out in Qalamun Mountains (behind Lebanon’s eastern border) and in some parties of the Lebanese Arsal. Here, the battle is inevitable “strategically and tactically”, whether for the opposition militants or for the Syrian army, according to the sources of both, given that the region is a vital artery feeding the Syrian depth with gunmen and weapons.

That battle, which scheduled more than once, repeatedly postponed due of conditions that were preventing its start. But today, opposition field sources reveal for Al-Akhbar that a preemptive attack plan is to be carried out by armed groups to restore Jose crossing on the Lebanese-Syrian border (north of Arsal, east of Hermel, south of al-Qusayr city), which is subjected in its Syrian part to the control of Syrian army and Hezbollah; noting that the crossing was under the control of the opposition militants before being recovered with the expel of opposition militants from Qusayr.
During the months when the Syrian army (with the support of Hezbollah) was restoring control over al-Qusayr, opposition gunmen failed twice to restore the Jose.
Sources believe the start of military operation will be likely in the next few days, especially with the information stating that armed groups are planning to restore the crossing before the start of Winter, which always blocks most of the mountain outlets against them in the barren areas of Arsal due to the snow accumulation, which in turn cuts supply routes from Lebanon to the northern Damascus countryside, and then to all the areas surrounding Syrian capital.
After al-Qusayr road has been blocked, which was open last year, and amid the difficulty of smuggling across the northern Lebanese border (Akkar ) compared by Arsal barrens controlled by the insurgents, the militants have nothing else to achieve but seeking control over Jose crossing.
The irony is that they were preparing themselves last September for Winter and blocking Arsal road, seeking to control the Orontes Basin villages to open a direct route between al-Qusayr and Akkar. Yet, their attempt doomed to failure due to Hezbollah intervention.
Today, Syrian opposition gunmen want to repeat the same scheme in Jose crossing adjacent to the Lebanese Qaa projects. The information reveals that the attack decision has been taken regardless the losses; noting that it will be launched from several directions to encircle Jose town and its crossing with the support of more than one “martyrdom operation”‘ to pave the way for the attack before storming the area.
To this end also, most armed groups are engaged in preparing ambushes and improvised explosive devices in Qalamun and the Syrian Yabrood and Qara villages to block any possible attack of Hezbollah or the Syrian army.
Also, information states that these groups possess advanced missiles which they were struggling to store during the last period in anticipation of this confrontation.
Syrian Qalamun is an extension of the Lebanese Arsal barrens. Access to it means inevitable pass within barrens. It is surrounded by several Syrian opposition villages. Militants camps – living these days a boring routine – are deployed inside, where nothing disturbs them but a loud explosion of some sporadic shells falling from time to time.
The silence of these mountains – in most – hides the military operations rooms inhabited by hundreds of Syrian opposition militants. Inside the overlapping geographical spot between the Lebanese-Syrian border, these men maintain their state or their independent entity, which determining its identity believed confusing: Is it a combat camp or a military fortress or a buffer zone where gunmen and outlaws set and roam freely?
In these mountains and barrens, car bombs and IEDs have been prepared which claimed the lives of dozens of people. Along their routes, more than a “martyr” moved on, the last was the Jordanian Abu Musaab, hero of the “drawn swords at Maloula checkpoints” operation carried out by Al-Nusra Front fighters, who was riding a four-wheel drive vehicle, bombed with a large quantity of explosives prepared in the Qalamun mountains before blowing himself up at Maloula checkpoint, in the same moments while he was talking on phone to the emir of Qalamun Mountains in al-Qaeda organization. A number of fighters in the opposite side of Arsal boast the audio tape of Abu Masaab call with the emir.
The operation, which opposition groups say they are preparing for in Jose, will be within the framework of heavy military activity carried out by opposition gunmen in the areas of rural Damascus since the attack on Maloula, which saw more than a battle in different areas of eastern and western Ghota and Qalamun mountains.
Opposition groups seek, through these battles, to secure ‘safe areas’ under their control, in order to prevent the Syrian army from completing its battles in the two Ghotas, and to try liberating themselves. But until today, they were not successful in achieving that.
In the border area adjacent to Arsal, “Walid military camp” is well known. It is used by militants for training, comfort and transferring arms on both sides of the border. However, it is not the only camp. camps here are also numerous, just like militants who are of different persuasions and multiple affiliations. You can find Lebanese, Syrian, Palestinian, Saudi and Kuwaiti nationals.
As for the weapon holders, some of them are hard-liner Islamist militants who belong to Al-Nusra Front and the “Free of Qalamun Brigade”, along with random groups who differ in everything but agree on the hostility against the Syrian regime, notably “Baba Amr Martyrs Battalion” led by Sheikh Raed Aljori.
The final word here is for the Council of Military Leadership, which is dictated orders from a ‘shura’ council belonged to Al-Nusra Front, and whose groups are led in Qalamun by an “emir” holding the Kuwaiti citizenship.
It should be noted that most of the suspected names in the Beir al-Abed explosion on July 9, firing of rockets and killing army soldiers at a checkpoint in the Bekaa Valley, who are mentioned in the statement of Defense Minister Fayez Ghosn (on August 16, 2013), are fortifying in those mountains. 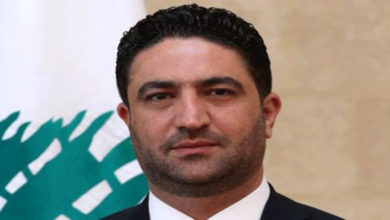 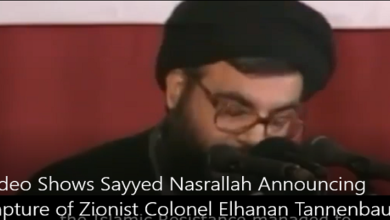