In the first sermon, His Eminence, Sayyed Ali Fadlullah, talked about the virtue of chastity. He began by relating the stories of Virgin Mary (a.s.) and Prophet Yusuf (a.s); the two models of chastity the Quran has cited.

He explained that they are not two unique examples that cannot be repeated. On the contrary, they are regarded as models for every man and woman who decides to embrace purity and chastity, for chastity is to control one’s desires and lusts, as well as to prevent them from moving him wherever they want and make them confirm to the rules Allah has drawn.

In this respect, the Sayyed pointed out to a common mistake that the society has committed when it considered that chastity is restricted to the woman. The Sayyed explained that this is a product of the Jahiliyya mentality (ignorant mentality prevalent in the pre-Islamic era), which considered death as the only punishment for a sinful woman, while the manâ€™s same sin was tolerated and forgiven.

Furthermore, some societies consider that if a woman is raped, then her chastity has been violated and people would hold her responsible for this sin, so they try to force her into marrying the man who had raped her. But this is totally wrong, for the Quran calls for the same 100 lashes punishment for both the man and the woman, since deviation, in the eyes of Allah, is the same, whether it was committed by a woman or a man, and chastity is the righteous trait whether a woman or a man embodies it.

Islamic education has considered chastity as the basis on which the Islamic personality should be founded, since if the society is chaste, it would be balanced in its relations.

The Sayyed then criticized those who say that chastity is a reactionary theme. He pointed out that the societies which have “liberated” sex have only reaped crimes, illnesses and homosexuality that is against the nature of life. Actually, Islam not only considered chastity as one of the best acts of worship, but it also described the mechanism of how to be chaste, including lowering the gaze, guarding the private parts, not shaking hands with the opposite sex, wearing the veil and avoiding the atmospheres of arousement and even mingling freely and engaging in casual conversations that has become readily available by social communication sites.

Islam considers that not mixing with the opposite sex is the main rule which could prevent those in whose hearts there is a disease from being moved with desire. In addition to all these preventive measures, Islam proposed marriage as a fundamental solution to preserve chastity. Therefore, the Sayyed considered that the society is responsible of facilitating marriage.

Last but not least is the spiritual and religious upbringing that strengthens in man the feeling that Allah is watching him, which should be a momentum for him to fear Allah and seek to attain His satisfaction.

Finally, the Holy Quran says: â€œWho are humble in their prayers, and who keep aloof from what is vain, and who are givers of poor-rate, and who guard their private parts, except before their mates or those whom their right hands possess, for they surely are not blamable. But whoever seeks to go beyond that, these are they that exceed the limits and those who are keepers of their trusts and their covenant, and those who keep a guard on their prayers these are they who are the heirs who shall inherit the Paradise; they shall abide therein.â€

In the second sermon, the Sayyed considered that the act of building Bab Ash-Sham village by the Palestinians is a new method for fighting the Zionist colonial project. He also praised the steadfastness of the Palestinian people and called on them to pursue their struggle via the only language the enemy understands.

On another level, the Sayyed condemned the aggression on Mali in the name of fighting terrorism, although there are certain practices that provided excuses.

The Sayyed called on the Arab and Muslim peoples to unite their efforts and unify their ranks against all those who want to usurp their resources and dominate their lives. That is why the Sayyed welcomed the meeting between Iran and Egypt, and called on all other Muslim countriesâ€™ leaders and parties to come together in order to lessen all that sectarian and political tension.

In Syria, the Sayyed condemned the barbaric explosion in Aleppo and said that it is high time for whoever has a live conscience to take action in the course of ending the Syrian blood-shedding crisis.

In Lebanon, the Sayyed observed that there is no way to come out with an electoral law, unless all sects, parties and leaders abandon their partisan calculations and think about the interest of the homeland and the people. The Sayyed maintained that the only way to find a solution for this crisis is by agreeing on what country we want; do we want a federation of sects or a united people? and by deciding whom the deputy represents; is it his sect or his country? Once we reach such an agreement, it will be easy to agree on an electoral law; if not, we will remain waiting for the balance of regional powers to change so that one of the Lebanese parties would prevail. 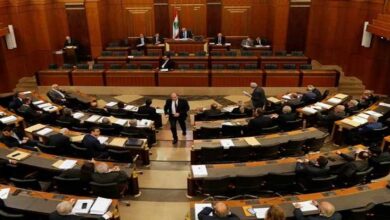 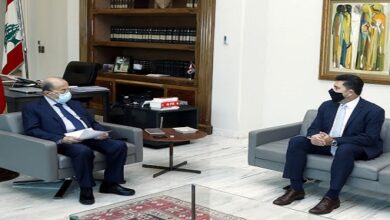