He simply didn’t compromise or bow his head. Proud of his history and beliefs, the man announced he was and will remain a resistance fighter against the “Israeli” occupier.

To him, shackles and prisons aren’t to bound the freedom of a freeman.

It all started when the young Abdullah joined the Syrian Social Nationalist Party and the Popular Front for the Liberation of Palestine in the 1960s, before joining the Lebanese Armed Revolutionary Factions.

Later, he was arrested in 1984 under a vague accusation of the murders of Charles Robert Ray, an American military attachÃ©, and Yacov Barsimentov, an “Israeli” embassy advisor, in Paris in 1982.
In 1987, he was condemned to life in prison for complicity in the assassinations, even though the court was not able to present concrete evidence against him. A former director of the French intelligence agency, Yves Bonnet, later said that Abdullah was the victim of “an illegal intelligence conspiracy.”

In his memoirs published in 2003, Avant de Tout Oublier, former counter-terrorism judge Alain Marsaud wrote: “Abdallah was originally indicted for something he did not do. After a short period, we got a hold of the evidence which put us on the right track and allowed us to identify those responsible for the 1986 attacks.”

Over the years, Abdullah became a miscarriages of justice for resistance. He became eligible for parole after 18 years in prison, but each of his seven applications for release were turned down since 1999, a major breach of French legal procedures and the European Convention on Human Rights.
Thursday,10 January, 2013: The French court upheld a December ruling, which had been appealed by the general prosecutor. As part of his conditional release, Abdullah, 62, is required to leave France before January 14. He is finally to head to Beirut.

The man’s last hours are full of joy. According to the spokesman of Abdullah’s defending campaign, the Red Rescue Society, George is happy with this political victory.
“Busy, George spent his last hours of prison collecting his stuff and distributing clothes on prisoners in other rooms,” the spokesman Abdullah Abdullah clarified.
In an interview with al-Ahed news site, he further revealed that the political prisoner requested the transfer of his own library, that includes hundreds of books, to Lebanon.
Meanwhile, Abdullah’s lawyer Jacques Verges told Lebanese daily L’Orient-Le Jour that it was very unlikely, but not impossible, that Abdullah’s release encounter last minute objections.

However, the campaign’s spokesperson assumed that the French authorities will remain the time of Abdullah’s departure unknown to prevent his fellows from celebrating his release in both the French and Lebanese airports. 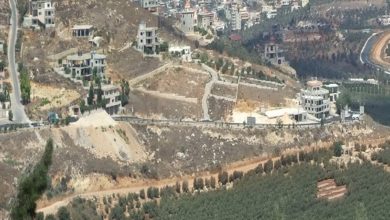 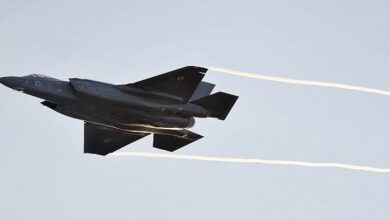 Sheikh Qassem: Ball in Haririâ€™s Court, He Knows What to Do