Head of the Lebanese Democratic Party, MP Talal Arslan, stressed in an interview with as-Safir newspaper that there can be no replacement for internal and external dialogue regarding the Syrian crisis, due to the new international balance that has become a hardcore inevitable reality. He also confirmed that conclusiveness is difficulty on both parties, and the attempt of overthrowing the regime is “behind us”.

Arslan, concerning the March 14 forces’ opinion of the inevitability of a post-Assad phase, saw that in politics, there is a major distance between wishes and reality. He considered their ambitions that overlook the local, regional, and international reality, neither positively nor negatively affect the course of Damascene events.
In addition, the Emir stressed that the Druze are a part of the Syrian social structure, and saw that their general pro-regime stance was a result of discovering the so-called revolution conspiracy where thousands of mercenaries were hired to fight the regime’s army.

Internally, Arslan stated that the current Lebanese government is perfect, demanding those who oppose it to find an alternative and see if that alternative can be provided in the current critical times.

Moreover, Arslan indicated that the opposition’s approach on ousting the government is unacceptable since it exploited General Wissam al-Hassan’s blood to execute its goal, describing that accusing the government to be held responsible for his assassination is serious.

On another note, Arslan considered that 14 March forces’ accusations of Hizbullah having ties with al-Hassan’s assassination is a naÃ¯ve political conspiracy that has nothing to do with the investigations, indicating that those who have become professional in political immorality cost the Lebanese a lot in the past due to “political improvisation”.

Furthermore, Arslan saw that the 60’s electoral law has absolutely terminated, and electoral talks with Walid Junblatt are possible.

Saudi Arabia joins US in imposing sanctions on Lebanese Hezbollah 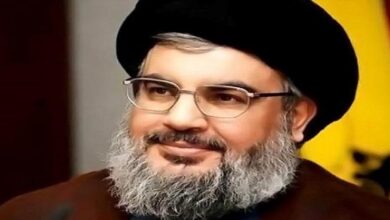