Although two days have passed, the resolute speech made by Hezbollah Secretary General Sayyed Hasan Nasrallah on Friday remained the “talk of the town” during the weekendâ€¦

The speech, which returned the “old fashion” of mutual responses after a political bloc felt embarrassed by the speech’s revelations and Â questions, was remarkable by the strong stances and positions taken by Sayyed Nasrallah, mainly towards the Telecoms and spies’ causes.

Meanwhile, and despite most Future movement lawmakers who “volunteered” to answer Hezbollah Secretary General’s question admitted that the Intelligence Bureau of the Internal Security Forces was aware of the Alfa employee Charbel Qazzi spying activities some time ago, the mentioned Bureau has reportedly denied such knowledge.

The denial came in a report released by the ISF in response to Sayyed Nasrallah’s inquiry on whether the intelligence bureau had previous data on Qazzi’s involvement with the Israeli enemy.

The report, published by Lebanese daily Al-Akhbar, spelled out details of a police attempt to obtain data on Qazzi two months ahead of his arrest.

According to the report, the ISF has since 2008 been tracing a European mobile number that was constantly making unidentified international calls from Lebanese territory. Following an 18-month rest, the user once again surfaced on the mobile network operator, specifically in May 2010, the report said. “At that time, this unknown person used a prepaid cellular card on the same European number,” said the report.

The report therefore claimed that the police intelligence bureau had no information about Qazzi’s involvement in dealing with the Israeli intelligence, and that it was only able to identify him after his arrest.

Meanwhile, Lebanese daily Al-Akhbar said on Monday that Interior Minister Ziad Baroud has asked for an urgent meeting with Sayyed Nasrallah over the issue.

Baroud, who met with Hezbollah official Hajj Wafiq Safa on Saturday, was quoted as saying that Safa explained to him Hezbollah Secretary General’s remark and the questions asked by his eminence over the issue of spies during his last speech.

Baroud also said he would meet with President Michel Sleiman and Premier Saad Hariri soon to inform them about his meeting with Safa. 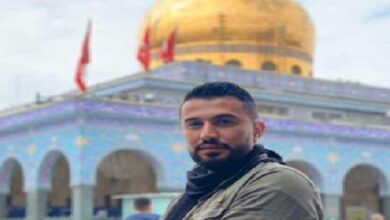 No part of Israel immune to resistance missiles in any future war: Nasrallah