Hezbollah Deputy Secretary General Sheikh Naim Qassem warned on Friday the Israeli enemy of a “big loss” in any future assault on Lebanon.

“If the result of the July war was a failure to the Israelis, then Israel would suffer a big loss in its next aggression,” Sheikh Qassem said in an interview with Syria Satellite Channel.

According to Sheikh Qassem, the resistance’s victory on the Israeli enemy in the year 2006, founded a new stage in the history of the region. His eminence explained that the 2006 resistance victory established a stage, in which the demolishing of the Zionist entity started, in benefit of the Arabic and Islamic issues, where the Palestinian issue comes in the lead. 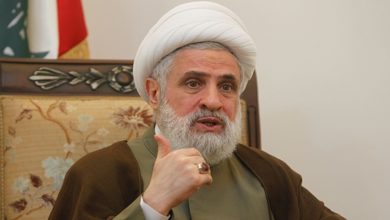 Hezbollah: To Solve Bread Crisis Away from Increasing Prices