Hizbullah Secretary General Deputy Sheikh Naim Qassem assured that the death of the eminent scholar Sayyed Mohammad Hussein Fadlallah is a great loss, as he filled the religious sphere with his givings and sacrifices.

Sheikh Qassem hoped that the sphere remains strong owing to the stances that His Â Eminenece Fadlallah Expressed.

In an interview with Al Manar TV, Sheikh Qassem mourned the death of Fadlallah, saying “Sayyed Fadlallah raised the flag of the resistance high and supported it. He was one of the symbols of unity as he confronted all conspiracies of tyranny.”

Qassem highlighted “Sayyed Fadlallah always called for unity and for the elimination of discord and strive among the people of the nation,” stressing that “We cannot separate Sayyed Fadlallah from jihadist resistance work which he used to follow up with and continuously ask about, he always made sure the resistance is untroubled.”

Sheikh Qassem concluded “Sayyed Fadlallah was a great Islamic Symbol and a great Figure in the Islamic Sphere in all its fields.”

Tags
A Symbol of Unity against Tyranny Sheikh Qassem: Sayyed Fadlallah Is One of Those Who Raised the Resistance Flag High
Facebook Twitter LinkedIn WhatsApp Telegram Viber Share via Email Print 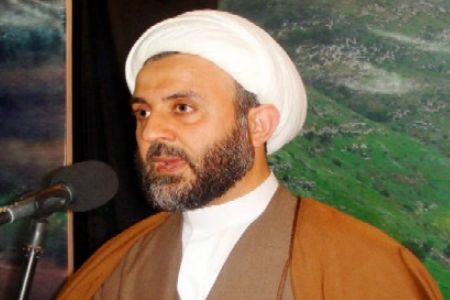 Israel “must pay a price” for its last week attacks: Sayyed Nasrallah