Hezbollah denounced the UN Security Council Resolution against Iran as â€œunjust, partial, and contrary to the simplest principles of integrity and fairness.â€

In a statement, the party said that the resolution to impose new sanctions on Iran over its nuclear program â€œwould exacerbate the resistive spirit of the downtrodden peoples, conglomerate their disappointment at the Security Councilâ€™s role to protect stability, and prompt them to continue building their own abilities to preserve their independence and sovereignty.â€

The Hezbollah statement warned against Israelâ€™s endeavor to exploit the resolution to press forward with its â€œstate terrorism under the protection of some decision makers on top of which is the United States.â€

On Lebanonâ€™s abstention at the voting session, Hezbollah said that the Lebanese position would have been brighter and stronger if it expressed the ability of the Lebanese to agree on rejecting oppression which had plagued Lebanon for a long time.

Lebanon’s Berri: Resistance is Targeted at All Levels 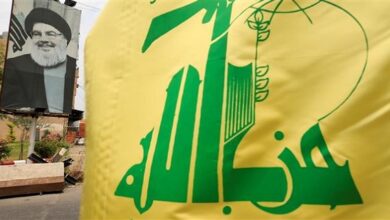