Commenting on the report released by the inspector of the international resolution 1559 Terry Roed Larson, Hizbullah released the following statement: Hizbullah strongly condemns the logic of the inspector of the international resolution 1559 Terry Roed Larson in his latest report, as it represents a blatant tutelage on Lebanon, and recalls titles that stir internal Â incitement over an expired resolution. Hizbullah is not surprised of the language used in the statement that cajoles the Zionist enemy and ignores its daily violations to Lebanon’s sovereignty, at the time it heaps accusations at the resistance, as the writer of the report is a member of the international decision’s circles that has unified interests with the “Israeli” enemy. The worst inclusion of the report is its flagrant attempt to mystify its sources when talking about weapons in Lebanon. These sources are dubious ones that are being deliberately ignored, since “Israel” is the basic source of Larsen’s information, and this is what raises question marks time after time about the credibility of international organizations that deliberately adopt fabricated and misleading information of unidentified sources in its official statements. Hizbullah is concerned of assuring to Larsen that the resistance is not a militia as described in his old-new report, but it is a Lebanese resistance that defends its land and deters the aggression whether he likes it or not. As for Larsen’s bias to the enemy, his permanent covering to the enemy’s crimes and violations, and the negligence of his threats to security in Lebanon and the region, it is a matter we put in a bloated file of stances towards the international inspector that assure his full commitment to the benefit of “Israel” and his ultimate bias to it, which is something no longer hidden. 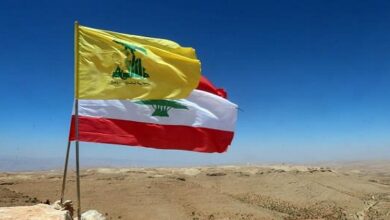