Whether it was an act of terrorism or a natural cause, one can only say that the plane crash incident was a tragic catastrophe. The Lebanese people woke up Monday on the news of the Ethiopia Airlines Flight 409 that tumbled in a ball of fire into the Mediterranean and plunged into the sea off the Lebanese coast just minutes after takeoff in stormy weather. The Boeing 737-800 bound for Addis Ababa had 90 passengers on board. All are

presumed dead. It was a very harsh news on the hearts of the Lebanese as a whole amid dim hopes for survivors. One day after the disaster took place, rescuers continued the grim search for victims of the airliner crash and sought to recover the black boxes they hope will provide clues to the tragedy. “The teams worked all night to find additional victims and to locate the debris,” an army spokesman said, speaking on condition of anonymity. “They are hoping to find the black boxes which contain the flight data recorder that should provide information as to the cause of the accident.” The 83 passengers comprised 54 Lebanese nationals, 23 Ethiopians, one French, one British, one Iraqi, one Syrian, one Turkish and another of as yet undetermined nationality. There were seven crew members. The French passenger was identified as Marla Sanchez Pietton, wife of Paris’s ambassador to Lebanon, Denis Pietton. Lebanese officials have ruled out foul play and said the bad weather was likely to blame. The army spokesman said 14 bodies had been recovered so far by an international task force including ships from the United Nations Interim Force in Lebanon (UNIFIL), a US navy destroyer as well as aircraft from France, Britain and Cyprus. Earlier reports had said that more than 24 bodies had been recovered. A senior security official said early Tuesday that they expected the USS Ramage, which has specialized sonar equipment, to locate the black boxes. “We also have divers and we are using specialized equipment that can go down as deep as 200 to 300 meters,” he said, speaking on condition of anonymity. The official said there was little hope of finding any survivors given the time that had elapsed. Defense Minister Elias Murr on Monday said that the pilot of the plane had failed to follow instructions on takeoff from the control tower for unknown reasons. Experts have said that extreme turbulence or wind shear may have caused the pilot to lose control of the plane, which apparently exploded into four pieces before crashing. According to As Safir newspaper sources the captain of the Ethiopian airliner received instruction form the control tower of Beirut airport one minute after taking off to change direction in order to avoid the stormy path. The captain reportedly responded positively but did not do as directed. He reportedly received another call and again he promised to follow the instructions but didnâ€™t. The airport reported that several airlines took off minutes before and after the Ethiopian airliner and all were ok. An Ethiopian government official Shimeles Kemal, who is the state minister for communication said the plane caught fire five minutes after takeoff. The official also said that the airline did not receive any threats and ruled out any foul play. Several countries from around the world sent their condolences to the Lebanese people and to the families of those killed abroad the plane. Iranian Parliament Speaker Ali Larijani offered condolences to his Lebanese counterpart Nabih Berri and said: â€œIran is deeply saddened by the death of 90 passengers aboard the Ethiopian plane that crashed after taking off from Beirut.â€ The members of the Iranian Majlis pray for patience and tolerance for the families of the victims, he continued. White House spokesperson Robert Gibbs said: “Our thoughts and prayers go out for the families and friends of those who lost loved ones”. “The United States commends the government of Lebanon and the United Nations rescue workers for their immediate response,” he said. Jordan’s King Abdullah II and Syrian President Bashar al-Assad also sent letters of condolences to President Michel Sleiman. Hezbollah issued a statement praising the efforts of the Lebanese authorities. Hezbollah also expressed its condolences to the families of the crash victims. Hezbollah media office issued a statement on Tuesday saying that Hezbollah Secretary General Sayyed Hassan Nasrallah will address the victimsâ€™ families through Al-Manar television on Tuesday at 7 p.m. 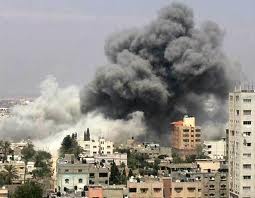