12.12.2009 Beirut, Lebanon (SN) The French foreign minister vowed to follow up on the case of Ayatollah Moussa as-Sadr, who has been missing for over three decades. In a meeting with Sadrâ€™s sister Robab Sadr, Bernard Kouchner told that Paris was ready to help uncover his fate, according to the Moussa Sadr Center for Research and Studies. Â Â Iranian-born Lebanese philosopher and prominent Shia leader who founded the Amal movement, now led by Lebanese Parliament Speaker Nabih Berri, disappeared while in Libya with two of his companions, Mohammed Yaqoub and Abbas Badreddine, in 1978. They were scheduled to meet with officials from the government of the Libyan leader Moammar Gadhafi’s. There has been no trace of them since. Gaddafi insists that the three men left for Italy on August 31, 1978 after their stay in Tripoli and that his administration has no idea what became of them afterwards. Robab Sadr informed Kouchner about arrest warrants issued against Gaddafi and 17 other Libyan officials for their direct involvement in Sadr’s alleged abduction. For his part, Kouchner praised the role played by Sadr in bringing peace and unity to Lebanon and said that he would have one of his advisors follow up on the case and stay in contact with the cleric’s family. 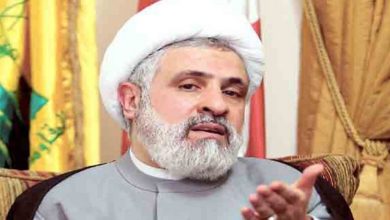 Al-Saud are paying for US-Zionist crimes from the pockets of poor people: Sheikh Naim