02.12.2009 “Hezbollah: This is me”â€¦ “Hezbollah Joins Lebanese Political Club”â€¦ “Hezbollah Manifesto Political Lebanonization”â€¦ “Sayyed Nasrallah announces the political birth of a modernized Hezbollah”â€¦ Â  In brief, one day after its announcement by the Resistance party’s Secretary General Sayyed Hasan Nasrallah, Hezbollah new manifesto made the headlines of all dailies in Lebanon on Tuesday. Â  Indeed, Hezbollah new manifesto enjoyed a large coverage in the Lebanese dailies that dedicated their editorials and main articles to analyze the document, which is believed to be the second of its kind in the history of Hezbollah, a document that has no doubt marked a major shift in the party’s political and strategic vision. Â  According to Lebanese daily As-Safir, Hezbollah has provided for the first time since enter the Lebanese Parliament in 1992 an intensified document that would constitute a reference to everyone, a reference that explores Hezbollah position over the different sensitive issues surrounding the country, mainly the Resistance, the State in Lebanon, the Palestinian cause, the Arabism and the relationship with Iran. Â  The daily noted that the timing chosen by Hezbollah to announce the manifesto was excellent, especially that Sayyed Nasrallah personally assumed the responsibility of reading it out in a press conference that was broadcasted live in various Lebanese, Arab and Islamic satellite sessions and that also gained the attention and interest of the Western media. As-Safir pointed out that many Western diplomatic missions were also following the live webcast of the conference in order to prepare reports on its readings of the new manifesto. Â  “In form as well as in content, here is Hezbollah, the party that takes, for the first time since its first “open letter,” the initiative and presents a fine and well-studied political document,” As-Safir concluded. Â  For its part, Lebanese daily Al-Akhbar noted that the fact that Hezbollah Secretary General Sayyed Hasan Nasrallah has personally read out the new manifesto represented in itself an indication to the concern paid by the Resistance party to the publication of its general political rhetoric to the widest possible public of Lebanese and Arabs. Â  According to Al-Akhbar, the manifesto included expressions and terms referring to conflicts related to the exploitation and the gap between rich and poor, things that do not reflect a transformation in Hezbollah vision but that appear for the first time in the form of a document. Â  Meanwhile, Lebanese daily An-Nahar said that Hezbollah second manifesto enjoyed an attention that wasn’t limited to the local circles but was extended to the Arab and Western diplomatic circles, given the symbolism and implications of the document in all of its sections, especially regarding the development of Hezbollah path, vision and policies whether internally or even regarding its external alliances and relations. Â  An-Nahar emphasized that Hezbollah new manifesto carried a high and remarkable change in Hezbollah rhetoric and terminology over the Lebanese internal issues, especially if compared to its founding document as well as Hezbollah rhetoric during its first stages. 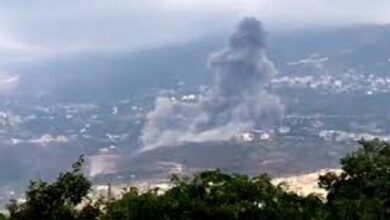