More than two dozen women and children from the Izadi minority group have been repatriated to Iraq’s northern province of Nineveh, after five years of captivity at the hands of the Daesh Takfiri terrorist group in neighboring Syria.

An informed source, speaking on condition of anonymity, told Arabic-language al-Mawazin news agency that officials from Izadi House, an advocacy group in the Kurdish-administered town of Amuda in northern Syria, handed over 27 women and children to their counterparts at the Izadi council in the Kurdish-populated northern Iraqi town of Sinjar on Monday.

On March 12, fighters from the Iraqi pro-government Popular Mobilization Units (PMU) reunited a dozen Izadi children with their families.

The media bureau of the volunteer forces – better known by the Arabic name Hashd al-Sha’abi –announced in a statement that the children were rescued after a delicate intelligence operation.

The statement added the children had been kidnapped by Daesh from Sinjar back in June 2014.

Four other children from the city of Tal Afar, located 63 kilometers west of Mosul, were also with the Izadis rescued from Daesh captivity.

The Paris-based NGO International Federation for Human Rights said in a report on October 25 last year that foreign militants, including many of European origins, were responsible for atrocities and acts of brutality carried out by Daesh against Izadi Kurds.

Last August, an official at the Endowments and Religious Affairs Ministry of the semi-autonomous Kurdistan Regional Government said more than 3,000 members of the Izadi minority group had remained unaccounted for ever since Daesh overran their hometowns in northern Iraq in 2014.

Khairi Bozarni said more than 2,500 Izadi Kurds had lost their lives at the hands of Daesh, while another 6,000 – mostly women and children – had been abducted.

Bozarni called on the international community as well as the central government in Baghdad to determine the fate of missing Izadis as soon as possible.

The region was recaptured in November 2015, during an operation by Kurdish Peshmerga forces and Izadi fighters. 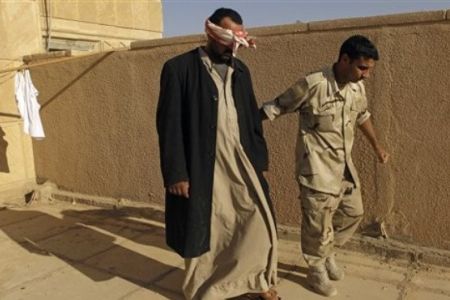 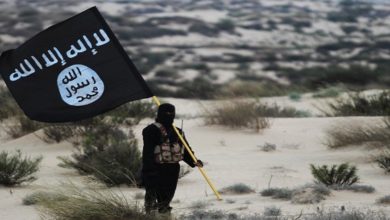