A court in Iraq has sentenced a Belgian national to death by hanging over his membership in the Daesh Takfiri terrorist group and involvement in criminal acts in the war-ravaged Arab country.

The country’s Central Criminal Court issued the verdict against the 23-year-old, identified as Bilal al-Marchohi, on Monday.

Judge Jumaa Saidi read out portions of Marchohi’s signed confession during an hour of proceedings, and showed a video and photographs that he said proved the Belgian man’s membership in Daesh.

A translator was appointed by the judge for Marchohi, who spoke in English throughout the trial.

Marchohi was also given a court appointed lawyer, with whom he had no contact at all during the hearing.

Images from a phone found in Marchohi’s possession at the time of arrest showed him carrying a gun and making a hand gesture affiliated with Daesh.

Marchohi repeatedly denied the charges brought against him throughout the trial, including that he was a member of Daesh terrorist group in Iraq at any time.

Marchohi is the second Belgian national to have been held in Iraq and sentenced to death for a role in Daesh.

Tarek Jadaoun, 30, better known by the nom de guerre Abu Hamza al-Beljiki, was sentenced to death in May 2018.

Hundreds of European nationals traveled to the Middle East to join Daesh after the terror group captured large swathes of territory in Iraq and neighboring Syria in mid-2014.

Iraq has been trying hundreds of suspected Daesh members, many of whom were detained as the outfit’s strongholds crumbled throughout Iraq. This includes hundreds of foreigners. 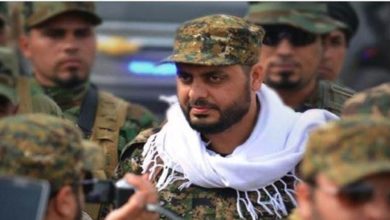 Iraqi response to US will be “no less than in size” than Tehran’s strikes: PMU 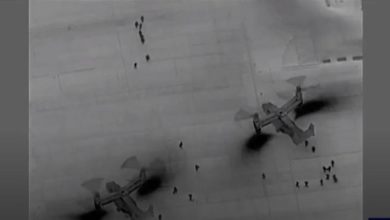 US airlifts forces to Baghdad embassy amid protests