The Iraqi parliament has held its first session since May’s national election, which signals important progress in forming a new government, but failed to elect a speaker.

The 329-seat body convened for the first session within its fourth legislative term on Monday after Iraq’s main political parties announced two rival alliances capable of forming a government.

Lawmakers following senior cleric Muqtada Sadr and Prime Minister Haider al-Abadi’s lead said days earlier they had created an alliance that would give them a majority bloc at parliament.

A rival grouping led by commander Hadi al-Amiri and former premier Nouri al-Maliki also announced it had formed its own alliance, asserting it featured the lion’s share of the seats at the legislature.

During the Monday session, parliamentarians were supposed to elect the speaker and two deputies but with competing political blocs each claiming to hold a majority, the election of a speaker was complicated and no vote was held on the appointments.

The temporary leader of the assembly said it would remain in session until Tuesday.

Millions of Iraqis voted on May 12 in their first parliamentary election since the defeat of the Daesh Takfiri terrorist group, but a contentious recount process delayed the announcement of final results until earlier this month.

Sadr’s Sairoon bloc came first in the polls, while the Fatah (Conquest) Alliance led by Amiri, and Abadi’s Nasr finished second and third. A bloc led by Maliki ended in the fifth place.

The recount was called due to allegations of electoral fraud. The procedure delayed the process of government formation by three months, but confirmed the primary results with little change.

The Iraqi politics has long been vulnerable to the differences lying along the country’s major ethnic and sectarian fault lines.

Any new government has to move quickly to address the country’s chronic woes, including the poor quality of basic services as well as political and economic mismanagement. It would also have to face the mammoth task of rebuilding the country following three years of struggle against Daesh. 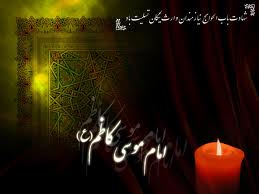