The Iraqi army jets have killed fifteen ISIS members, as their rest houses were destroyed in Salahuddin province, a commander said on Thursday.

“Army jets, in coordination with Samarra Operations Command, managed to destroy several IS rest houses,” Maj. Gen. Hamed al-Maliki, of the army, said in a statement. “Several IS members holding weapons, estimated at 15 militants, were killed after following and shelling them.”

The strikes, according to Maliki, “comes within operations carried out by the army jets, which managed to confiscate several rest houses in Hamreen mountains as well as regions between Hawija, Kirkuk and Hamreen.”

Earlier today, the the media service of Samarra Operations Command said Iraqi army jets have killed four IS members in an airstrike in al-Farhatiya region, west of Is-haqi region. 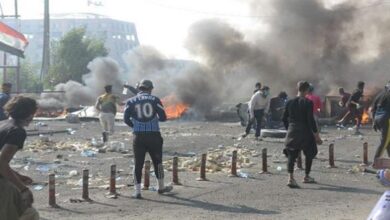