Muqtada al-Sadr’s Sairoon bloc has reached an understanding with a handful of political parties regarding the formation of a majority bloc in parliament which would then be tasked with drawing up a new government, a Sairoon spokesman said Tuesday.

“The alliance has come to an understanding on the formation of a majority bloc in parliament and has taken significant steps towards the drafting of a government program,” Sairoon spokesman Qahtan al-Jubouri said in a statement.

Consultations, he said, were still underway between various parties and political blocs — he did not say which ones — with a view to advancing formation of the country’s next government.

According to al-Jubouri, the latest developments follow calls by prominent Shia cleric Ali al-Sistani for the “swift formation” of a new government once results of Iraq’s disputed May 12 parliamentary polls are recounted.

Electoral officials have yet to finish recounting ballots in a handful of provinces, including Diyala and Baghdad. It remains unclear, however, whether the vote recount will dramatically affect initial poll results.

For the last two months, results of Iraq’s hard-fought 12 May parliamentary election have remained the subject of bitter dispute amid widespread allegations of vote fraud.

Once the manual recount is completed and Iraq’s Federal Court approves the results, incoming members of parliament will convene to elect a new speaker.

Within 30 days of the first parliamentary session, the assembly will elect — by a two-thirds majority — the country’s next president. The president will then task the largest parliamentary bloc with drawing up a new coalition government, which must be referred back to parliament for final approval.
Earlier this month, electoral officials began manually recounting official election results.

According to those results, al-Sadr’s Sairoon coalition came in first in the polls, winning 54 seats, followed by a Hashd al-Shaabi-led coalition (47 seats) and Prime Minister cc’s Victory Bloc (42 seats). 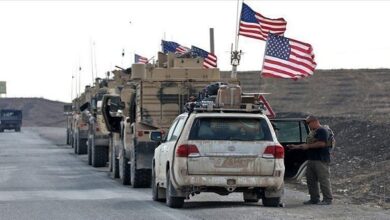