Iraq-based Grand Ayatollah Ali al-Sistani voices his support for the Iraqi army engaged in fighting against the al-Qaeda-linked Islamic State of Iraq and the Levant (ISIL).

Sistani released a statement on Tuesday, condemning the capture of the Nineveh province by the Takfiri militants.
The senior Shia cleric called for unity among all of the country’s political factions against the militants.
After taking the provincial capital of Mosul and parts of Kirkuk, the al-Qaeda-linked militants captured two areas of Iraq’s Salaheddin province
Siniyah and Sulaiman Bek, located north of the capital Baghdad, fell into the hand of the militants, said an army brigadier general and a local official.
Iraqi Prime Minister Nouri al-Maliki has called on the parliament to declare a state of emergency.
Violence also raged elsewhere in the country with bombings and shootings across the country. 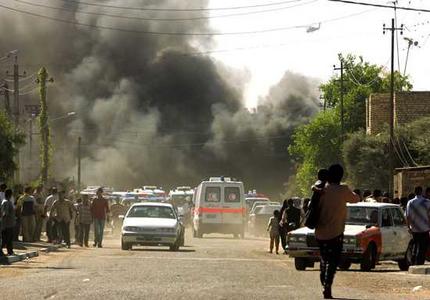