The head of the Islamic Supreme Council of Iraq, Sayyid Ammar Al Hakim, assured that the Martyr of the Niche movement is the first political entity in the legislative elections, considering this a victory for the movement members, for the country and the citizens.

He called on the latter to support and hold on to the religious marja’ as it is a debt that we owe to Allah, explaining that the Martyr of the Niche has won, when comparing its status in the previous elections and its results today.

He reminded the movement members of their great responsibility to protect the country and the project, and called them to be honest with the people as they always have been, considering that honesty is a key element to achieve success.

Furthermore, Sayyid Al Hakim indicated that men are born for difficulties, stressing that their victory is one bestowed by Allah, because they have not weakened. He expressed his gratitude to the supreme religious marja’ for urging people to participate and explaining things to them.
He also thanked the Independent High Electoral Commission for managing the electoral process and the security forces for ensuring the security of the process. He renewed the vow to the Martyr of the Niche, Aziz Al Iraq and the martyrs of Iraq (May Allah sanctify their souls), pledging that the Martyr of the Niche movement will be honest, patient and will hold on to the approach, that it will be a safety valve and will extend its helping hand to everyone.
This came during the memorial of the martyrdom of Sayyid Mohamad Baqir Al Hakim (May Allah sanctify his souls) (Day of Iraqi martyrs) held in the city of Najaf, on Friday, May 2, 2014.
He stated that Allah has rewarded the martyr of the niche for his Jihad by making his martyrdom on one of the greatest days, on the first Friday of the month of Rajab and in the most sacred of places, near the grave of Imam Ali (AS), affirming that he was a leader who had all the features of distinguished leadership shaped by the hereditary genes, the environment and the family heritage, as well as by the challenges that contributed to building his personality.
He said reminded that the martyr of the niche was also coeval with great religious marja’s who influenced his personality, adding that he believed in divine and historical traditions. Sayyid Al Hakim maintained that the martyr of the niche focused on the project and created a general ambiance for believing in it, pointing out that Sayyid Mohamad Baqir Al Hakim was a supporter for the nation and considered it an essential milestone in his project.
He said mentioned the martyr of the niche’s persistent affirmation of the role of religious marja’, adding that he was open to everyone and believed that means must have the same kernel as goals, always based on religious and ethical norms.
He affirmed that the late martyr was subject to suspicion and accused of treachery, but he was patient and confronted deception with communication, accusation of treachery with trust, uncertainty with clarity, therefore, he was an ideal leader, indicating that Aziz Al Iraq, along with his brothers in the Supreme Council, sought after him to unite the political forces and get Iraq out of chapter 7. 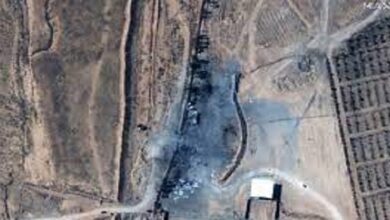