Iraqi security forces arrested three terrorists during their attempt to smuggle weapons from Iraq into the Syrian territories.

Al-Mayadeen TV channel quoted a security source at the leadership of Division 12 from the Iraqi Army as saying “the three terrorists, including the leader of the so-called the free army, were arrested in an ambush set to the western south of Kirkuk Province after they entered the Province with the aim of smuggling weapons to Deir-Ezzor in Syria.”

He pointed out that there is a Syrian-Iraqi network that works on smuggling weapons from Iraq to Syria.

During the last month, the Iraqi Army arrested dozens of terrorists belonging to al-Qaeda and groups associated to it during their infiltration to the Syrian territories from Iraq and vice versa and destroyed the terrorists’ dens and camps, in addition to discovering hideouts of weapons and explosives in different areas on the Syrian-Iraqi borders. 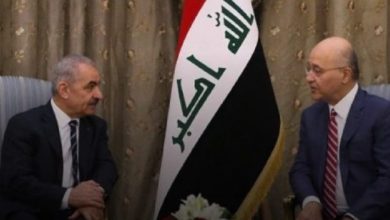 ISIS executes 73 of its own militants for evacuating headquarters in Sinjar, Iraq