The Islamic Iran has fully capable and proficient Quran activists with brilliant performance in international Quran competitions, an Iraqi Quran expert said.
Yahya Muhammad Ali Al-Sahhaf told that every year various international Quran competitions and events are held in the world, and some Muslim countries, especially Iran, have successful presence in these contests.

Pointing to Saudi Arabiaâ€™s failure to invite Iranian Quran memorizers and reciters to its international Quran contest, he said the Saudis are worried that Iranâ€™s representatives would have brilliant performance.

The Iraqi Quran reciter and instructor said he served as a jury member in the Iranian-based Al-Kawthar TV Networkâ€™s Quran competition and has met with many of Iranâ€™s Quran scholars. â€œI have also listened to Iranian reciters recite the Quran and found that Iran is a leading country in Quranic fields. I think the Saudis do not want the world to learn about Iranâ€™s Quranic capabilities and that is why there are no Iranian representatives at the countryâ€™s international Quran contests.â€

He said Saudi Arabia is no match for Iran as far as Quranic activities are concerned, adding â€œmaybe they think that a display of Iranâ€™s outstanding Quranic capabilities in the competitions would overshadow Saudi Quranic activities.â€

Al-Sahhaf dismissed Saudi Arabiaâ€™s claims about making efforts to promote Islamic unity, saying it is true about Iran as it invites individuals from different schools of thought, races and ethnic backgrounds to its Quranic events but Saudi Arabia even refuses to invite representatives from Iran and some other Shia countries to its international Quran competition which should be a symbol of unity among Muslims.

He urged Saudi Arabia to pay attention on contemplating the Quran and know that the Holy Quran is a pivot of Unity for the Muslim world. 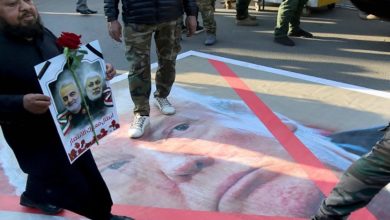