Chairman of the Iraqi National List Ayad Allawi on Monday met the Leader of al-Sadr Movement in Iraq Muqtada al-Sadr in Damascus.

In a press conference, Allawi described the meeting as important, during which the two sides discussed the Iraqi and regional situations, as well as the importance of pulling Iraq out of the current impasse as soon as possible.

Allawi said there is a great deal of convergence regarding many of the topics discussed, adding that the meeting is one of the positive and successful ones that would serve the Iraqi people and its unity. He added the meeting is part of the meetings with the various Iraqi political hues.

”We heard from His Eminence that he is willing to unify the ranks and efforts for the Iraqis to move to a state of stability and form an inclusive and comprehensive government that brings together all the political spectrums, in order to ensure the stability of Iraq and the Iraqi people first, for its important consequences on the stability and safety of the region as a whole,”he added.

Allawi said the Iraqi List stresses its electoral and constitutional merits, adding, ” We are committed to it based on our commitment to the constitutionâ€¦We hope such meetings and the ones taking place in Baghdad are final stops in moving Iraq from one state to another.”

On whether there were any agreed upon points with al-Sadr, Allawi said there was an agreement on the importance of accelerating formation of a Cabinet with a clear platform that brings together all the Iraqi spectrumsâ€¦One which assumes its responsibilities to pull the Iraqis out of the crisis, mainly in the fields of services, security, stability, increasing resources of the Iraqi families and benefiting from Iraq’s rich resources.

He added that there was an agreement that all political powers in Iraq leave individualism behind and move forward to build an Iraqi government that unifies the Iraqi people.

Allawi indicated that he is due to meet Turkish Foreign Minister Ahmet Davutoglu on Monday in Damascus. Al-Sadr described the meeting as positive and fruitful, adding there is a will to end the crisis, assuring that there would be good results in the interest of the Iraqis soon.

”Our brothers in the Iraqi Bloc have a project to serve the Iraqi people and to offer some concessions to end the political crisis in Iraq to reach a solution to the complicated process”, he added, expressing hope in a prompt solution and formation of an Iraqi Cabinet.

Al-Sadr voiced support to the endeavors of brotherly and neighboring countries and non-intervention in the Iraqi affairs, adding that the meeting with President al-Assad was good, and the Syrian government supports the formation of the Iraqi Cabinet without further delay, given the repercussions of delaying it on Iraq and the region.

Al-Sadr said he supports mechanisms and platforms to form the Iraqi Cabinet, expressing readiness to push aside all the disagreements for getting the Iraqi political process underway.

He urged the Iraqi parties to form the Cabinet without delay and offer some concessions in the interest of Iraq.

On the Sadrist Movement’s stance regarding any Syrian, Turkish or Iranian role to push towards formation of the Iraqi Cabinet, al-Sadr said, ”There is a role for all countries in supporting the political process to preserve the independence and sovereignty of the Iraqi government and territories.

He added he will meet Turkish Foreign Minister Ahmet Davutoglu in Damascus on Monday. 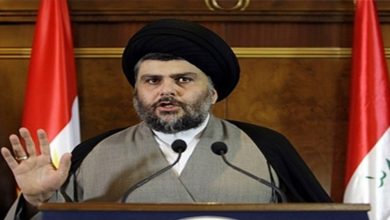 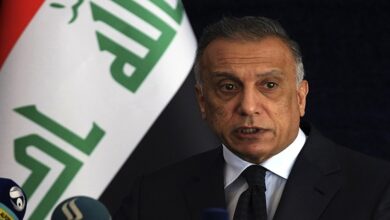 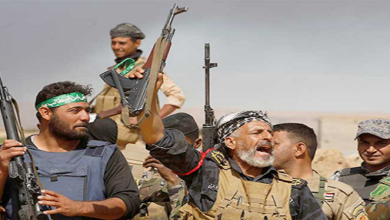