“I say to our brothers in Iraqiya list; you are wasting your time and delaying the political process,” al-Maliki told Iraqi daily Al-Mada.Â

Iraqiya narrowly won the elections by taking 91 seats of 325 seats of the parliament, just 2 seats more than al-Maliki’s bloc.Â

Since neither of the coalitions managed to win majority, they both need a partner to form a new government.Â

According to Iraq’s Constitution, the bloc with the most seats in the parliament is privileged to form a government.

Al-Maliki has already formed a coalition with Iraqi National Alliance and together they are four seats short of outright majority. He contends that the bloc gives him the majority and the right to form a government.Â

Ayad Allawi of the Iraqiya coalition, on the other hand, argues that his bloc has won the most seats and should have the mandate for leading Iraq’s next government.Â

Iraqiya’s failure in forming a government has increased violence in the country, with hundreds of Shia Muslims losing their lives in terror attacks in recent weeks. 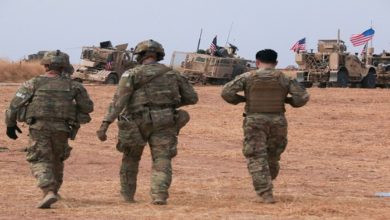 US troops will remain in Iraq, puts missile systems into operation