An Iraqi parliamentarian warns of alleged US plans to surrender the country to extremists, urging resistance on the part of Baghdad. The Iraqi Press Agency (IPA) quoted female Shia lawmaker Maha al-Douri as saying that the United States aims to cede the country to Baath, the outlawed party of former Iraqi dictator Saddam Hussein, and Takfiris â€” both considered to be extremist groups. Al-Douri, which serves the parliamentarian bloc associated with senior Shia leader Muqtada al-Sadr, said a recent visit by US Vice President Joe Biden had been in line with the plans. Biden met with the Iraqi leadership on Saturday after the country’s Justice and Accountability Commission barred more than 500 candidates from contesting the country’s eagerly-anticipated parliamentary elections on March 7, linking some of the questionable figures to the Baath party. The visit, some say, was aimed at reversing the decision The IPA called Biden an advocate of Iraq’s disintegration into three federal states along ethnic and religious lines, the US 2003 invasion of the country and 2001 occupation of Afghanistan. Two of the candidates barred by the commission were Dhafer al-Ani and Saleh al-Mutlaq, who reportedly had strong Baathist orientations. Al-Ani prompted concerns after he lavished praise on the Baath in several television interviews. Iraq’s President Jalal Talabani subsequently ordered for al-Ani to be stripped of his immunity as the chairperson of the Iraqi Accordance Front, the parliament’s largest Sunni Arab bloc and that he be tried in a court of law. Al-Douri said Iraq should not bow to US demands as submission equaled ignoring the country’s sovereignty and violating the Iraqis’ civil rights. Meanwhile, a new classified document, obtained by some Iraqi parties from the Baath leaders based at home or abroad, says that the Baath is after staging a comeback on the political stage through a coup. The subversive plan is to be implemented in cooperation with some Arab states and coordination with a number of current Iraqi political heavyweights, it added The document has named some famous Iraqi political figures, specially Allaw and Sunni Vice President Tariq al-Hashemi as advocates of a Baathist return, claiming the two are secretly contacting the Baath leaders and the Arab countries disappointed by the current political trend in Iraq. It also referred to secret liaison between some Baath leaders and American officers without giving details.

Iraqis liberated Iraq from Saddam, not the US 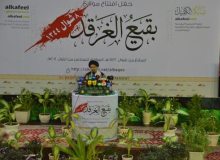 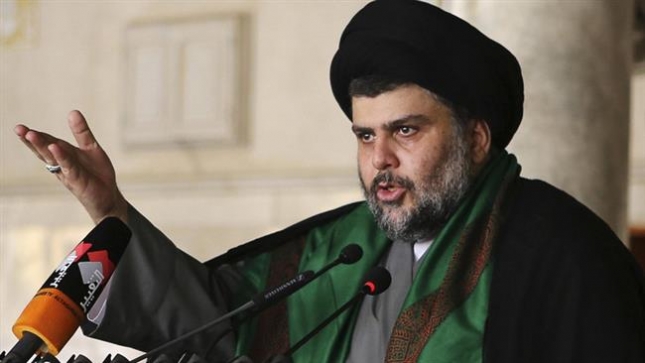