Tehran, Iran (SN) The interference of foreign countries in the upcoming parliamentary elections in Iraq does not serve the interests of the Iraqi nation, Political Adviser of the head of the Supreme Iraqi Islamic Council (SIIC) Mohsen al-Hakim said Monday. “One of the important principles of the political process in Iraq is its independence and we believe the alien countries should not interfere in this process since Â the Iraqi nation and political groups should reach consensus and national solidarity,” al-Hakim said.Â  FNA. “So such interference is not accepted by any Iraqi group,” he underlined. Referring to the goals pursued by the US interference in the election process in Iraq, al-Hakim reiterated that Americans want to hold the elections at the earliest because the withdrawal of their forces from the country depends on the elections and formation of the government. The United Nations on Monday urged Iraq’s president to announce “as soon as possible” the date for the war-torn country’s general elections after MPs struck a last minute deal to back the poll. The elections, the second national vote since the American-led invasion that toppled Saddam Hussein in 2003, is seen as a crucial step towards consolidating Iraq’s democracy and securing a complete US military exit by the end of 2011. Protracted negotiations over the law governing the elections lasted more than two months but lawmakers passed it late Sunday evening. The presidency council, made up of President Jalal Talabani and his two deputies, now has to announce a date for the poll. Under the new law, the number of seats in Iraq’s parliament will increase from 275 to 325, including three additional seats for provinces in the country’s northern autonomous region of Kurdistan. Of the remaining 15 seats, eight will be allocated to minorities, including Christians, and seven to smaller parties who win national support but not enough votes to gain seats at provincial level. 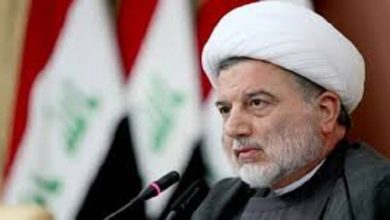