ISIS has obtained around US$500,000 through abduction operations in Diyala in 2017, a paramilitary official was quoted saying on Tuesday.

Speaking to AlSumaria News, Jabbar al-Maamouri, leader with al-Hashd al-Shaabi (Popular Mobilization Forces) said “IS militants launched a series of attacks at some regions in Diyala in 2017 through its sleeper cells in Hamreen, Qurret Tabbah and Neft Khana. The group obtained amounts of money that reach up to around US$500,000, in accordance to information we have.”

“The abduction has turned to an internal source of funding for the group, which collected the money to reinforce its sleeper cells. This indicates the activity in some regions including Hamreen, which are encountered by security troops,” Maamouri added.

The abduction processes, according to Maamouri, usually occur without the relatives of the kidnapped file reports against the kidnappers. “They pay huge amounts of money, which is wrong as this would support terrorism and encourages more abduction.” 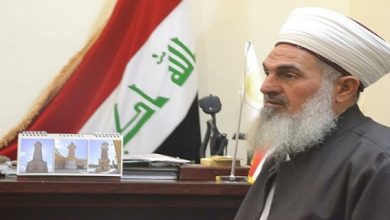