A senior Shiite cleric based in Iraq’s Najaf said the Manama regime should be aware that the repercussions of any move against Sheikh Isa Qassim, the spiritual leader of Bahrain’s Shiite majority, would affect not only the Arab country but the entire region.

Grand Ayatollah Sheikh Basheer Hussain Najafi, who is a Marja’ (source of emulation), condemned the Manama regime for targeting Sheikh Qassim, whose trial session is planned to be held later this week.

Sheikh Basheer Najafi urged the Al Khalifa regime to reverse its “provoking decisions” about Sheikh Qassim because the cleric’s presence in Bahrain contributes to security in the Persian Gulf region.

“The Bahraini regime must be aware that the consequences of targeting religious leaders will go beyond the country’s borders,” he added.

Manama plans to hold the trial session of Sheikh Qassim on Sunday, May 7, on trumped-up charges.

Sheikh Qassim’s previous trials were adjourned several times after the top cleric did not appear in court.

Meanwhile, Sheikh Qassim supporters continue a sit-in in front of his house in Diraz that has remained in place for months to protect him against the regime forces. 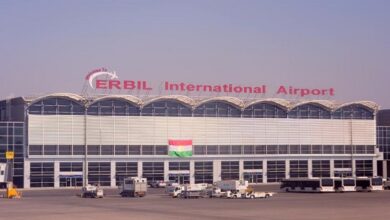