Abadi said late Tuesday that his council of ministers views Turkish airstrikes on his country as “a dangerous escalation and a violation of Iraq’s sovereignty.”

He said his government is committed to preventing any attack against Turkey from inside Iraq, urging Ankara to respect “good relations” between the two neighboring states.

Late on Friday, Turkey launched a campaign of airstrikes against purported ISIL positions in Syria as well as the bases of the Kurdistan Workers’ Party (PKK) in northern Iraq, after a deadly bomb attack left 32 people dead in the southwestern Turkish town of Suruç, across the border from the Syrian Kurdish town of Kobani.

On July 25, leader of Iraq’s semi-autonomous Kurdistan region Massoud Barzani held a telephone conversation with Turkish Prime Minister Ahmed Davutoglu and “expressed his displeasure with the dangerous level the situation has reached.”

Barzani “requested that the issue not be escalated to that level because peace is the only way to solve problems and years of negotiations are better than one hour of war,” said a statement released by his office.

Turkish President Recep Tayyip Erdogan has said Ankara would press ahead with its attacks to the full, saying, “Any step back is out of the question.”

The attacks has also drawn support from the NATO, with its chief Jens Stoltenberg saying the Western military alliance will stand “in strong solidarity” with its ally in the attacks.

Ankara has long been viewed as a major supporter of the Takfiri extremists operating against the Syrian government. Many experts believe that Turkey’s so-called anti-ISIL campaign is aimed at undermining the Kurds near its borders in Iraq and Syria. 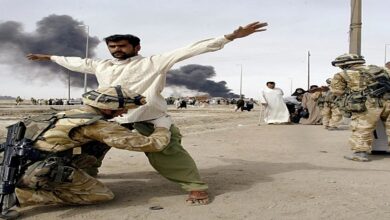 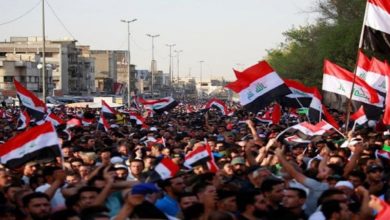 Iraqis set to join ‘million-man march’ against US military presence