In a report, the Observatory added that Da’ish organization recruited tens of children for suicidal operations against Iraqi military and security forces.

“During the period from December, 2014 to end of June, 2015, 40 children made suicidal operations in northern and southern parts of Iraq”, the report added.

“Most of the suicidal operations were made by bombed cars or ambushing Iraqi forces, particularly in the areas between Beiji and Tikrit cities, Salahal-din province”, the statement said.

It added that the children were brought from Ramadi and Nineveh provinces.

The ages of the suicidal were between 12 and 17 years of age, which, internationally, are described as children.

The report concluded that Da’ish organization made special training camps for the children to be trained and transformed into “suicidal tools”. 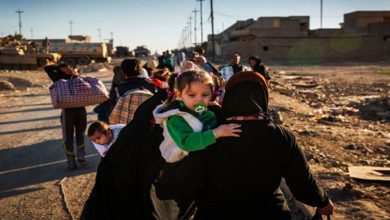 Moqtada Al- Sader: withdraw of confidence is an introduction to the reforms