Top ISIS/ISIL preacher Abu Assad Ansari demanded more volunteers join the fight with the terrorist group as Kurdish forces pushed to regain villages around Mosul, Iraq. “We are fighting against the infidel and that is why we need fighters for this war,” he preached at a prayer sermon. “With the help of America, the Peshmerga intended to advance to Mosul from the west and north of Mosul, but they failed, Breitbart reports. On Friday, the Peshmerga recaptured a number of villages and shelled the center of Mosul for the first time since the militants seized it in June. Commander Jamal Iminiki said the forces liberated Qadisia and Shidokha, which is a significant development “due to their close proximity to the militants’ military stronghold of Kaske.” The siege occurred as The Wall Street Journal reported the United States and Iraqi military forces started preparations to liberate Mosul from the militants.General Lloyd Austin, head of the military’s Central Command, said the Iraqis must be trained to eliminate their enemy. Austin explained it would take four to six weeks to properly train the Iraqi forces, but they need the best soldiers. Unfortunately, they are located hundreds of miles away. “Most of the best Iraqi units are in Baghdad [250 miles south of Mosul], and that is the thing we have to shake them free of,” he said. “They are reluctant to let their best units leave.” Kurdish forces also claimed two very important deaths within the ISIS ranks. They fought against the militants “over the past two days on western Tigris front and the Mosul Dam.” Over 200 Islamic State members died, including leaders Salman Abu-Alkhasa and Abu Sleman. The Kurdistani Democratic Party headed by the President of Kurdistan Region, Masoud Barzani, stated that more than 385 ISIL terrorists were killed in the last three days in Mosul. It is believed that the hospitals in Mosul received the corpses of more than 385 ISIL terrorists where 67 of them belong to foreigners,” noting that “The citizens started to worry and left to northern Mosul to avoid being killed during the clashes.” Iraqi News reports. 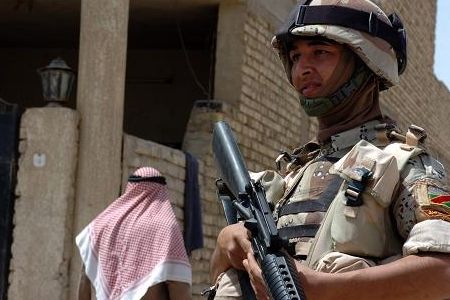 Iraq to block off border with Syria to Daesh terrorists: Abadi