Iraqi Foreign Ministry has summoned Turkish chargé d’affairs in Baghdad to submit a letter of protest over Ankara’s ongoing violations in the semi-autonomous Kurdistan region, including the presence of the Turkish defense minister in the area without prior coordination.

“The Iraqi government expresses its strong dissatisfaction and condemnation regarding the presence of Turkish Defense Minister Hulusi Akar in Iraqi territories without coordination or prior approval by competent authorities, and his meeting with Turkish forces who are illegally present in the region,” Iraqi Deputy Foreign Minister Nizar al-Khairallah said in a statement on Monday, the official Iraqi News Agency (INA) reported.

“The continuation of such an approach is inconsistent with friendly relations, the principle of good neighborliness, as well as relevant international law and norms,” the ministry stressed.

Akar said on Sunday evening that seven more PKK militants, including a senior commander, had been neutralized in Turkey’s recent cross-border operations.

“The number of neutralized terrorists has reached 53,” the Turkish defense chief added.

Akar said bodies of the terrorists were found in a cave, which needed special techniques to enter.

He went on to say that Turkey has so far lost seven soldiers in the operations.

Turkish forces have also seized arms and advanced ammunition during the offensives, the Turkish defense minister pointed out.

“Nearly 200 improvised explosives and mines have been cleared so far,” Akar said. 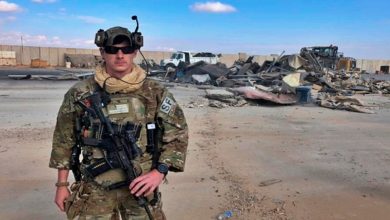 US-led forces moved from western Iraq base to Ain al-Asad air base: Source