According to his tweet: “We promised and fulfilled. I gave my word to pursue Daesh terrorists, we gave them a thundering response.”

He concluded: “Long live Iraq and its patriotic armed forces.”

However, he was also introducing as deputy caliph of the entire Daesh ISIS group.

Not to forget the fact that former U.S. president Donald Trump had named his predecessor President Barack Obara as founder of Daseh (ISIL-ISIS).

On August 11, 2016, he also had named Hillary Clinton as co-founder of Daseh terror group for which western media use english acronym IS, ISIL and ISIS. 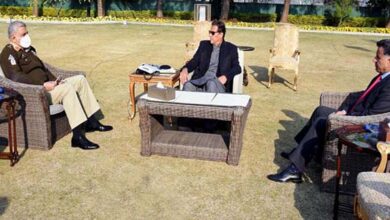