Thousands of supporters of Hashd Sha’abi have staged a rally in the capital Baghdad to express their resentment over the United States’ interference in Iraq’s internal affairs after the Treasury Department imposed sanctions on several leaders of the voluntary forces.

On Saturday, supporters of Asa’ib Ahl al-Haq, which is part of the PMU – better known by the Arabic name Hashd al-Sha’abi, converged on Firdos Square in the heart of Baghdad, which became world-renowned when Iraqis pulled down the statue of deposed dictator Saddam Hussein there following the US-led invasion of Iraq in 2003, and walked on a makeshift US flag during a demonstration against the US sanctions on the group’s leader Qais Khazali.

They also installed gallows at the side of a road, and hung the effigies of US President Donald Trump, Israeli Prime Minister Benjamin Netanyahu and Saudi Crown Prince Mohammed bin Salman from them.

“We denounce this unjust decision. It is an act of interference, and against a nationalist personality,” Mahmoud al-Rubae’i, a member of the political bureau of al-Sadiqoun Bloc, which represents Asa’ib Ahl al-Haq in the Iraqi parliament, told AFP.

“We regard these measures as a clear violation of Iraq’s sovereignty,” the statement read.

The US slapped sanctions on top officials of Asa’ib Ahl al-Haq over allegations they were involved in the abuse of Iraqi protesters.

Among those targeted are also Khazali’s brother Laith al-Khazali, and Hussein Falih al-Lami, the security chief of the Hashd al-Sha’abi.

Hashd al-Sha’abi fighters have played a major role in the liberation of Daesh-held areas to the south, northeast and north of the Iraqi capital, ever since the terrorists launched an offensive in the country, overrunning vast swathes in lightning attacks.

In November 2016, the Iraqi parliament voted to integrate Hashd al-Sha’abi, which was formed shortly after the emergence of Daesh, into the military.

Protests have rocked primarily Baghdad and southern areas of Iraq for two months over the failing economy and demand for political and anti-corruption reforms.

The rallies have, however, turned into violent confrontations on numerous occasions, with reports alleging that certain foreign-backed elements have been seeking to wreak havoc on the country.

Since October 1, more than 300 people have been killed in the country, according to the Iraqi parliament’s human rights commission.

Abdul-Mahdi had submitted his resignation to the legislature a day earlier, following weeks of protests demanding he step down.

The 77-year-old Iraqi politician had announced in a statement on November 29 that he would submit his resignation to parliament amid anti-government demonstrations.

“I will submit to parliament an official memorandum resigning from the current prime ministry so that parliament can review its choices,” he said.

Abdul-Mahdi’s remarks came on the same day that Grand Ayatollah Ali al-Sistani urged lawmakers to reconsider their support for the government.

“We call upon the House of Representatives from which this current government emerged to reconsider its options in that regard,” Ayatollah Sistani said in a statement read out by his representative Abdul Mahdi al-Karbalaei during a weekly sermon in the holy city of Karbala. 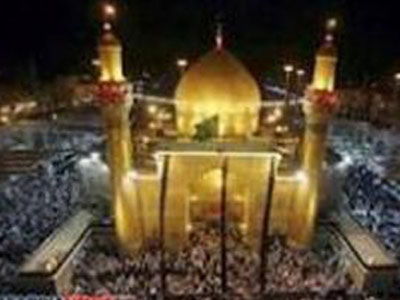