Baghdad new governor appointed after violent protests as the Provincial Council of Baghdad elected Mohammed Jaber al-Atta for this position.

Notablty, new governor came one week after the former head stepped down in the wake of demonstrations against corruption, staggering youth unemployment and poor public services.

On Monday, 42 members of the provincial council voted in favour of Atta.

He belongs to Nouri Maliki-led State of Law Coalition.

Furthermore, the council members also voted in favor of Ali al-Issawi as the first deputy governor.

On October 6, Baghdad’s provincial council voted unanimously in favor of accepting governor Fallah al-Jazairi’s resignation. And it also called for nomination of an alternative for the post.

Moreover, he also annoucned a probe into the killing of protesters, and punish those who shot the demonstrators.

Particularly, he said: We will ask parliament to vote on changes to ministries. The PM vowed that his government will refer the names of hundreds of corrupt officials to the Judiciary.

Abdul-Mahdi also declared three days of national mourning over the deaths of at least 110 people and more than 6,000 injured due to recent violence.

The remarks came only a day after the Iraqi cabinet approved the second package of reforms. It include distribution of residential plots of land to citizens, expansion of municipal borders of cities and changing agricultural land into residential.

The planned reforms also contain freezing the law, which allows payment of several salaries to one public servant, providing jobs for young people and activation of the agricultural lending fund.

Additionally, the Iraqi cabinet endorsed a possible study to minimize the age of retirement to give more jobs to the youth. 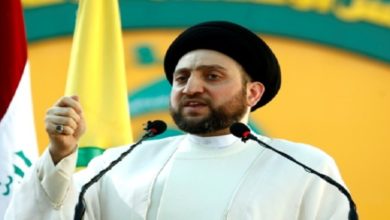