Iraqi PM held an emergency meeting with the Popular Mobilization Units’ commanders after the group blamed the US and the Zionist regime for a string of suspicious blasts in recent weeks at its bases.

There have been no claims of responsibility, but rumours have swirled of US or even Israeli involvement in targeting the Hashed.

“US is responsible for attacking our ammunition depots”

On Wednesday, the paramilitary force said in a statement it had carried out its own investigation and pointed the finger at the US military, but also accused Israel of infringing Iraqi airspace.

“We announce that the first and last entity responsible for what happened is the United States, and we will hold it responsible for whatever happens from today onwards,” said the statement, attributed to Hashd al-Shaabi deputy chief Abu Mahdi al-Muhandis.

He said the attacks were carried out by “agents or in special operations with modern airplanes,” without providing further details.

But Muhandis also said “we have accurate and confirmed information that the United States this year allowed four Israeli drones to enter Iraqi airspace via Azerbaijan… to target Iraqi military headquarters”.

He stopped short of explicitly accusing Israel of carrying out raids and also did not make clear whether alleged Israeli drone activity had any relation to the attacks over the last month.

The statement also said Hashd al-Shaabi would deal with any foreign planes flying above its positions without the Iraqi government’s knowledge as “hostile aircraft.”

The most recent of the explosions at PMU positions came Tuesday night, at a munitions depot north of Baghdad. 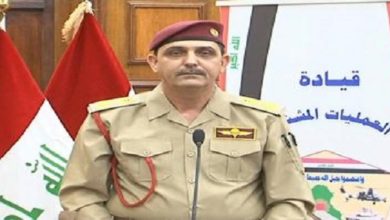 US withdrawal has no impact on Iraq’s security: Iraqi MoD 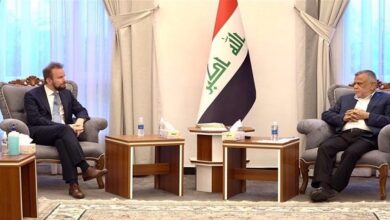