“We remind the American [officials] of the 40 years of their violation of Iranian people’s rights and tell them that Iranian citizens held in notorious US prisons in breach of all international regulations, conventions and laws must be released in the shortest possible time,” Larijani said in a meeting with senior Iranian judicial officials in Tehran on Monday.

He added that Washington must also release Iran’s property seized by the US in blatant piracy and banditry over baseless charges such as acts of terror in other countries.

In early March, a Luxembourg court denied a request by Tehran to retrieve $1.6 billion of Iranian assets claimed by the US as compensation for the victims of the September 11, 2001 attacks. Iran has vehemently rejected any involvement in the terror attacks.

In a similar case in April last year, the US Supreme Court issued an order authorizing the transfer of around two billion dollars of frozen Iranian assets to the families of the victims of a 1983 bombing in Beirut, which targeted a US Marine Corps barracks in the Lebanese capital, and other attacks blamed on Iran. The assets belong to the Central Bank of Iran, which have been blocked under US sanctions.

Iran has denied any role in the attacks and strongly criticized the move by the US.

Iran’s Judiciary chief further pointed to a recent statement by the White House against the Islamic Republic and said, “[US President Donald] Trump and his administration must know that threats will have no impact on Iran and that they better learn lessons from their predecessors.”
The White House issued a statement on Friday, warning Iran of “new and serious consequences” unless all detained American citizens in Iran were released and returned.

According to the statement, President Trump urged Iran to return Robert Levinson, an American former law enforcement officer, and also demanded that Tehran release Iranian-American Siamak Namazi and his father, Baqer, who are serving 10-year sentences, as well as Chinese-American Xiyue Wang, who also recently received a 10-year term.

The Iranian Judiciary chief further stated that the US had made a “meaningless and irrational” demand for the release of Levinson, because the Islamic Republic has repeatedly announced, through legal channels, that this person had left the country and that there was no information on his whereabouts.

Larijani emphasized that the US president and his administration had no right to use the language of threats against Iran and other countries, saying that the Iranian people had successfully resisted against various acts of aggression and threats over the past 40 years.

He added that the White House’s threatening statement “once again shows that they [Americans] have no correct understanding of the Islamic Republic and the region and the adoption of such stands is the best reason for their ignorance and lack of intelligence.”
Iranian Foreign Ministry Spokesman Bahram Qassemi on Saturday dismissed as “unacceptable and meddlesome” the White House statement, saying the US statesmen must use the language of respect when addressing the Iranian people.

“As it has repeatedly been proven, the Islamic Republic of Iran will never yield to any kind of bullying under any condition and the US statesmen must address the noble Iranian nation with the language of respect,” Qassemi added. 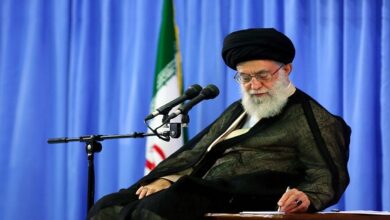 Ayatollah Khamenei’s letter to the youth in Europe and North America is clarion call: Professor 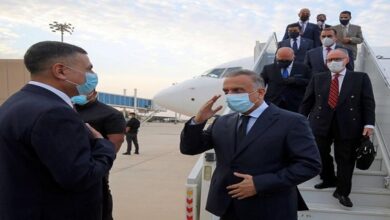