Iran says the seizure of around $2 billion in frozen assets recently authorized by a US court ruling is “highway robbery,” vowing that the Islamic Republic will retrieve the sum anyway.

“It is a theft. Huge theft. It is highway robbery. And believe you me, we will get it back,” Foreign Minister Mohammad Javad Zarif told The New Yorker in an interview published on Monday.
Last Wednesday, the US Supreme Court ruled that the money had to be turned over to the American families of the people killed in a 1983 bombing in Beirut and other attacks blamed on Iran.

Iran has denied any role in the attack, and the money confiscated under the US court ruling belongs to the Central Bank of Iran (CBI). The assets have been blocked under US sanctions.

Zarif lashed out at the US justice, saying it was the same system which last month held Iran liable for damages in the 9/11 terror attacks.

He was referring to a federal judge in New York who ordered Tehran to pay $11 billion in compensation to families of 9/11 attack victims.

“I have lost every respect for U.S. justice. The judgment by the Supreme Court and the other, even more absurd judgment by a New York circuit court deciding that Iran should pay damages for 9/11 are the height of absurdity,” Zarif said.

“How would you explain Iran being held accountable for the damages to the victims of 9/11—and others being absolved of any responsibility, those who were actually responsible for it?” he said apparently referring to Saudi Arabia.

“These cases cannot stand in any serious civilized court of law. When a U.S. court condemns Iran for 9/11, it finishes the credibility of the U.S. justice system when it comes to Iran,” he added.

Zarif said the US was setting a bad precedent with such rulings. “People can legislate in other countries to confiscate American assets. Would you be happy with that?”

“Can they legislate in their own countries that for every collateral damage suffered because of American bombing, for every person who was tortured by the Savak, which was created by the United States, those people can claim money from the United States and go confiscate it? Would you be willing to accept it?”

Savak was the intelligence service of the deposed Shah’s regime in Iran, which was a close ally of the United States.

On Monday, Zarif had said that Iran would act to sue the United States at the International Court of Justice (ICJ) at The Hague to retrieve the USD two billion.

“We hold the US administration responsible for preservation of Iranian funds, and if they are plundered, we will lodge a complaint with the I.C.J. for reparation,” he said.

‘Iran’s defense not up for debate’

In the interview, Zarif also rejected US-led pressures on Iran over the country’s missile defense program.

“Our defense is not subject to bargaining,” the Iranian foreign minister said. “That’s the problem with the United States. It believes it can control everybody’s behavior. The missile tests are our right.”
On October 11, Iran’s Islamic Revolution Guards Corps (IRGC) successfully test-fired its first guided ballistic missile dubbed Emad. Washington slammed the test, claiming the projectile is capable of carrying a nuclear warhead and vowed to respond with sanctions.

The US Treasury Department subsequently blacklisted five Iranian citizens and a network of companies based in the United Arab Emirates and China.

Zarif reiterated that Iranian missiles are for defensive purposes only, recalling Iraqi war of the 1980s under Saddam Hussein when missiles were “pouring on Iranian cities with chemical weapons,” and Iran “didn’t have any to defend ourselves.”

He also reiterated the assertion by the Iranian government and military officials that none of the country’s missiles are nuclear-capable.

“We have made it very clear that these will not be used other than in self-defense. They’re not designed to be capable of carrying nuclear weapons,” he said.

Iran and the P5+1 group of countries — which include the US — reached a nuclear agreement in July 2015, which was endorsed by the United Nations Security Council in the form of Resolution 2231 (2015).

The claim against Iranian missile activities come even as Resolution 2231 does not prohibit Iran from testing missiles, and only “calls upon” the Islamic Republic to refrain from developing missiles “designed to be capable of” carrying nuclear warheads. 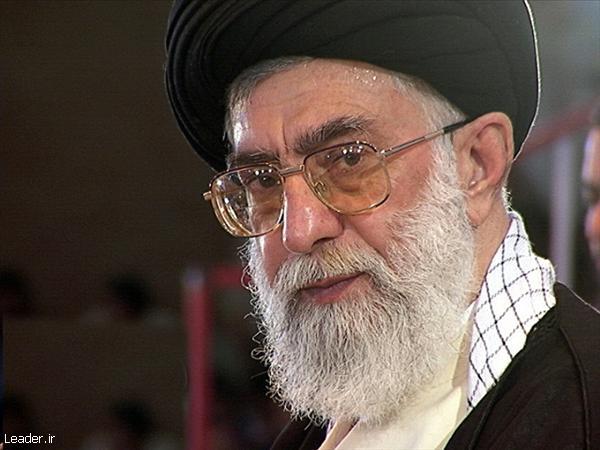