Commander of the Islamic Revolution Guards Corps Major General Mohammad Ali Jafari downplayed the Saudi rhetoric about sending ground troops to Syria, saying they don’t have the guts to do so, FNA reported.

“The Saudis don’t and won’t dare to launch ground war against Syria since they don’t have what it takes to enter the Syrian territory. They can’t do it when it comes to the actual ground invasion,” General Jafari said in Tehran on Wednesday.

He also noted that the Saudi plan for airstrikes with US support is designed to help the terrorist groups but it will backfire as the Syrian Army and people will fight back.

Asked about Iran’s reaction to possible military provocations in Syria, Jafari said, “Our position is clear. We have supported Syria by sending military advisors and we will continue our support come what may.”

The idea of Riyadh’s possible ground invasion of Syria was first raised on February 4 by Ahmed Asiri, a spokesman for the Saudi Defense Ministry.
Turkey and Saudi Arabia are both part of an effort to create an alleged “Islam Army,” ostensibly aimed at combating terrorism in the region and consisting of 34 Sunni Islam nations.

Almost the entire range of extremist and terrorist groups are supported by Saudi Arabia and Turkey, with their key commanders and leaders being Saudi nationals. ISIL, Al-Nusra and other extremist groups pursue the same line of ideology exercised and promoted by Saudi Arabia, Wahhabism. Hundreds of Saudi clerics are among the ranks of ISIL and Al-Nusra to mentor the militants.

Wahhabism is now the only source of the textbooks taught at schools in the self-declared capital of the ISIL terrorist group, Raqqa, in Northeastern Syria resembling the texts and lessons taught to schoolgoers in Saudi Arabia. The Wahhabi ideology, an extremist version of Sunni Islam that is promoted almost only in Saudi Arabia, sees all other faiths – from other interpretations of Sunni Islam to Shiism, Christianity and Judaism – as blasphemy, meaning that their followers should be decapitated as nonbelievers.

Riyadh has been a member of the US-led coalition that has been launching airstrikes against Daesh in Syria since September 2014, without the permission of Damascus or the United Nations. In December 2015, Saudi Arabia started its own Muslim 34-nation coalition to allegedly fight Islamic extremism.

Daesh or ISIL/ISIS is a Wahhabi group mentored by Saudi Arabia and has been blacklisted as a terrorist group everywhere in the world, including the United States and Russia, but Saudi Arabia.

Damascus, Tehran and Moscow have issued stern warnings to Riyadh, stressing that the Saudi intruders, who in fact intend to rescue the terrorists  that are sustaining heavy defeats these days, will be crushed in Syria.

Syrian Foreign Minister Walid Muallem warned that any ground operation in Syria without Damascus’ approval is an “act of aggression”, warning that the Saudi aggressors “would go back home in coffins”. 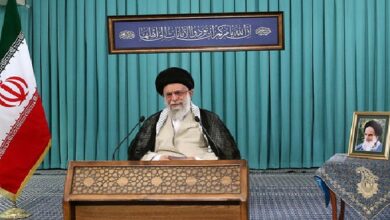 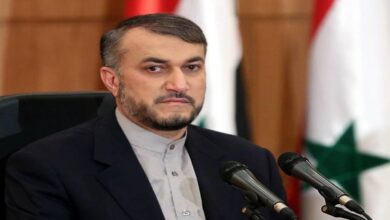 Iran will stand against attempts to form another terror outfit: Top commander