Brigadier General Ali Fadavi, IRGC deputy commander-in-chief, said Thursday that a lot of spies linked with the Israeli regime’s intelligence services have been detained in Iran and face prosecution.

“The Zionists had very good relations with former Iranian government before the victory of the Islamic Revolution, …They have made many attempts to have spies in Iran after the revolution. But we have full intelligence control over their and also American evil activities. This process is permanent, considering intelligence superiority we have, we have captured a lot of Zionists-linked spies and so will do future,” Brigadier General Ali Fadavi, IRGC deputy commander-in-chief said in a recent interview with Iranian media.

General Fadavi said that the arrested spies will be punished according to their actions.

He made the remarks in reference to the recent foreign-backed riots in Iran which he blamed the Western countries led by the United Satets regime for fomenting them.

With regard to the recent IRGC-held drill at the shared northern borders with Azerbaijan, the IRGC deputy chief said that Iran does not accept any changes to geographical borders in the region as it principled policy, saying “Border dispute between countries should not lead to change in the geography of the region. This is an important issue and we insist on it.”

In response to a question about relations with Saudi Arabia, he said, “All Muslims are like a family, we have always said that quarrels happen inside the family, but there is a big difference between quarrels inside the family and outside the family. America, the Zionists and their evil companions are outside the Islamic world, and naturally our behavior will not be the same.”

Muslim scholars must put aside their religious disputes, call for proximity 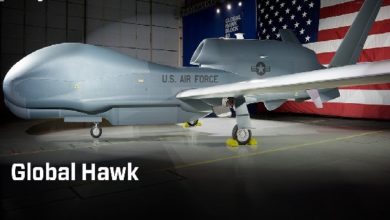 Iran shot down US spy drone for violation of its airspace