Iran has categorically rejected a United Nations resolution on the human rights situation in the country, saying it has been drafted by Britain and other Western countries based on groundless claims and incorrect and spiteful information.

“The Islamic Republic of Iran condemns the move by the British government and other founders of this resolution which is a clear example of abusing the transcendent concepts and values of human rights to advance short-sighted political motives and considers it devoid of any legal validity,” Foreign Ministry Spokesman Saeed Khatibzadeh said on Friday.

He added that Western countries are making efforts to continue the spread of Iranophobia and defamation of Iran, emphasizing, “These countries, which themselves have a long history of gross human rights violation, including the sale of weapons to authoritarian, occupying and aggressive regimes, have made human rights as a means to advance their own political aims and ambitions.”

The Iranian spokesperson warned that such “immoral and unjustified” moves would not only fail to promote human rights and respect for it globally, but would merely fuel negative stereotypes and political labeling against nations which have seriously tarnished the true meaning of human rights.

Khatibzadeh said the resolution extends the mandate of the Special Rapporteur, who, in recent reports, has shown that he is acting based on the British, American and Zionist directives and is using the UN human rights mechanism as a plaything to achieve their vicious and illegal goals.

“As repeatedly emphasized, the appointment of a special rapporteur on human rights [situation in] a country like Iran is fundamentally unjustified and unconstructive,” he added.

Despite oppressive pressure of the US economic terrorism, the spokesman said, Iran has always lived up to its commitments to its citizens and the international community.

Khatibzadeh said Iran is a religious democratic system that takes steps to promote human rights at national, regional and international levels and is committed to observe the issue.

He emphasized that countries which violate nations’ rights must be held accountable for their crimes committed in gross violation of human rights.

“Proponents of this [anti-Iran] resolution must first condemn the US administration’s measures such as economic terrorism and the intensification of unilateral and cruel sanctions and their destructive impacts on Iranians’ access to basic needs, including medical equipment and items during the coronavirus pandemic,” Khatibzadeh pointed out.

In a resolution on the situation of human rights in Iran, adopted by a vote of 19 in favor, 12 against and 16 abstentions as orally revised, the Council decides to extend the mandate of the special rapporteur on the situation of human rights in the Islamic Republic for a further period of one year, and requests him to submit a report on the implementation of the mandate to the Human Rights Council at its fifty-second session and to the General Assembly at its seventy-seventh session. It calls upon Iran to cooperate fully with the special rapporteur to permit access to visit the country and to provide all information necessary to allow the fulfillment of the mandate. 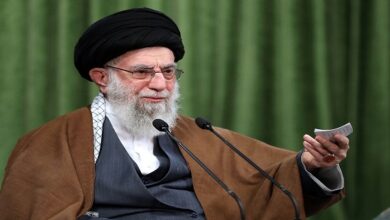 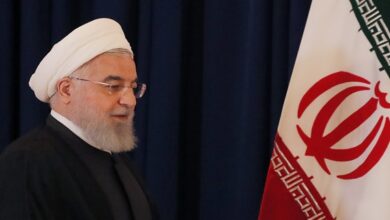 Ayatullah Khamenei: Bahrainis the most oppressed of all, they will definitely achieve victory