Iran’s Foreign Minister Hossein Amir-Abdollahian has reiterated the Islamic Republic’s adherence to its redlines regarding the issue of Palestine, saying Tehran will never tolerate Israeli influence of any kind in the Persian Gulf region.

“In our good relations with the United Arab Emirates (UAE), we do not forget our redlines regarding the Palestinian issue. We will not accept any Israeli influence in the Persian Gulf; and [regional] states are against normalization [of ties with Israel],” Amir-Abdollahian said in an exclusive interview with Al-Mayadeen television network on Friday.

The minister said Israel is in a very weak position now and going through a wide array of problems. Proof of the matter, Amir-Abdollahian said, was given when the Palestinian ‘Operation al-Quds Sword’ last year dealt a major blow to a fragile Israeli regime.

Israel launched a brutal bombing campaign against the besieged Gaza Strip in May 2021, following Palestinian retaliation for violent Israeli raids on worshipers at al-Aqsa Mosque and the regime’s plans to force a number of Palestinian families from their homes at the Sheikh Jarrah neighborhood of East Jerusalem al-Quds. In response, Palestinian resistance movements, chief among them Hamas, launched ‘Operation al-Quds Sword’ and fired more than 4,000 rockets and missiles into the occupied territories, killing 12 Israelis.

Apparently caught off guard by the unprecedented barrage of rockets from Gaza, Israel announced a unilateral ceasefire later in May, which Palestinian resistance movements accepted with Egyptian mediation.

On a recent meeting that brought together Egypt’s President Abdel Fattah el-Sisi, Abu Dhabi Crown Prince and de facto ruler of the UAE Mohammed Bin Zayed, and Israeli Prime Minister Naftali Bennett in the Egyptian resort of Sharm el-Sheikh, the Iranian foreign minister said “any meeting with any Israeli official is a betrayal of al-Quds and Palestine.”

Iran’s foreign policy based on independence from West, East

Elsewhere in his interview, the top Iranian diplomat said the Islamic Republic’s foreign policy is based on political independence and non-dependency neither to the West nor to the East.

He said the administration of President Ebrahim Raeisi is following a wise diplomacy, and active cooperation with all countries.

The Iranian foreign minister said Tehran seeks to strengthen relations with Cairo based on the principle of equilibrium. Iran does not forget Egypt’s stance on the issue of Syria, Amir-Abdollahian said, but there are numerous commonalities between Tehran and Cairo that need to be taken into consideration for expansion of relations.

He said Arab countries play an important role in the Muslim world. Tehran is extending hands of cooperation toward various neighbors, including the Arab littoral states of the Persian Gulf, the minister added.

Iran ready for fifth round of talks with Saudi Arabia

The two countries have held four rounds of talks in Iraq since April 2021, including a meeting in December under the administration of President Raeisi.

In the years that ensued, the kingdom pursued a confrontational foreign policy toward the Islamic Republic.

The two neighbors remain deeply divided over a host of regional issues, not least the destructive Saudi-led war on Yemen.

Tehran and Riyadh have equally hinted that some progress has been made in the recent rounds of negotiations.

Amir-Abdollahian emphasized that certain contradictory and inappropriate behavior on the part of Saudi Arabia, including the execution of 81 people in just one day, affects Tehran-Riyadh relations.

The Saudis do not want good relations with Iran, the foreign minister stated.

Iran enjoys brotherly and good relations with most of the Arab countries, including Kuwait and the UAE, he said, adding that Tehran has informed Riyadh that “the situation in Yemen is for the Yemeni people, who are the only ones to decide.”

Hailing Yemen’s defense of its sovereignty, the top Iranian diplomat said the Islamic Republic favors an end to the war and blockade of the impoverished country.

Also in his remarks, Amir-Abdollahian said Iran and the P4+1 group of countries are close to a final agreement in the Austrian capital of Vienna on a possible revival of the 2015 deal, officially known as the Joint Comprehensive Plan of Action (JCPOA). However, he said, imperative to Iran is the way the sanctions will be removed and guarantees will be provided.

The Iranian foreign minister said the United States has been trying in recent weeks to start direct negotiations with Tehran on the outstanding issues.

If the administration of US President Joe Biden is serious, it must show good faith before considering direct negotiations, Amir-Abdollahian said.

On his recent visit to Moscow, Iran’s foreign minister said his Russian counterpart, Sergei Lavrov, had expressed Russia’s support for a final agreement in Vienna. Amir-Abdollahian said Iran was working to reach a good and stable agreement provided that its redlines are respected.

The Vienna talks began almost a year ago with the aim of bringing the White House into full compliance with the JCPOA. The United States left the deal in 2018 under former President Donald Trump and re-imposed the sanctions that the deal had lifted. The Biden administration has rebuked Trump’s withdrawal from the accord and insisted on re-entering the deal, while dragging the talks out via its failure to provide Iran with guarantees that Washington will not exit the JCPOA again.

Throughout the talks, Iran has pressed the US for the guarantees as well as the establishment of a verification mechanism on the removal of sanctions.

Iran ready for any kind of cooperation with Lebanon: Amir-Abdollahian tells President Aoun

In a meeting with Lebanese President Michel Aoun in Beirut on Friday, the Iranian foreign minister said Tehran was closely monitoring developments in Lebanon and was ready for any type of cooperation at the current difficult juncture. Amir-Abdollahian said the quick developments in the region would be beneficial to regional countries, including Lebanon.

He said Tehran was willing to use its capacities to help resolve the crisis in Yemen and expand relations among regional and Arab countries. 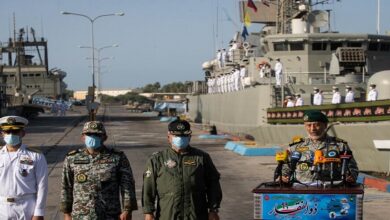 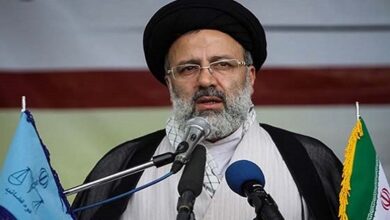