Stating the purpose of the Iran-Saudi Arabia talks was bilateral and regional affairs, the Iranian Foreign Ministry Spokesman said that it is too early to say the details of these talks.

Speaking in his weekly press conference on Monday, Saeed Khatibzadeh answered questions on a wide range of topics.

Iran strongly condemns attack on its diplomatic facilities in Iraq

“Unfortunately, last night, some individuals attacked the Iranian Consulate General in Karbala. Iranian officials at Consulate and Embassy contacted relevant authorities in Iraq. Security forces dealt with the attackers,” said Khatibzadeh in reaction to the attack of some rioters to the Iranian consulate in Karbala.

“The Islamic Republic of Iran strongly condemns the attack on its diplomatic facilities in Iraq and hopes that Iraq will fulfill its duties in this regard,” he added, saying, “Last night, we submitted a protest note to the Iraqi embassy in Iran, and we expect the Iraqi government to perform its duties well.”

The spokesman also pointed to the Yahoo News report on the assassination of Martyr Soleimani and the involvement of the Zionist regime and Iraqi Kurdistan, saying, “The case of Martyr Soleimani is being pursued in the Judiciary and in international forums. Many of these reports are not hidden from us.”

“Our position is the same, those who directly or indirectly in any country participated in this cowardly assassination certainly have criminal and judicial responsibility,” he added.

“We are following the events in Afghanistan closely and are concerned about some developments,” said Khatibzadeh referring to the latest terrorist attack in Kabul.

He denounced the act of terrorism that targeted ordinary people, especially students, and offered his condolences to the families of the victims and wished speedy recovery for the wounded people.

“We think it is time to use the atmosphere of brotherhood and to unite and act in unison against this extremist thinking and the ISIL and Takfiri groups. We wish Afghanistan a stable future, and this will happen through genuine dialogue between Afghan groups and government,” the Iranian diplomat added.

Negotiating team not decision-maker, decision made in Tehran

Khatibzadeh spoke about the possibility of extending the agreement between Iran and the IAEA, saying, “What Araghchi said in the interview is that the law of the parliament is binding and the agreement between Iran and the IAEA will end on May 21. Naturally, because we are in no hurry to conclude these talks and do not allow them to erode the negotiations, we do not want any date to prevent the exact implementation of Tehran’s executive instructions.”

“The negotiating team is not the decision-maker and the decision is made in Tehran,” he stressed.

De-escalation of tensions between Tehran, Riyadh in interest of region

Referring to the confirmation of a Saudi official about the Tehran-Riaydh talks, the FM spokesperson said, “The talks focused on both bilateral and regional issues. We have always welcomed these conversations in every form and level.”

“It is definitely in the interest of both countries and the region to de-escalate tensions. We hope to reach a meaningful understanding of bilateral relations and regional developments by changing the atmosphere,” Khatibzadeh highlighted.

“We will do our best in this regard,” he added.

Iran has only diplomatic presence in Yemen

The Iranian diplomat also pointed to the news of the seizure of a ship carrying weapons in the Arabian Sea and the claim of the US Navy’s Fifth Fleet that the ship belonged to Iran, saying, “Iran has only a diplomatic presence in Yemen. These reports are not confirmed at all.”

“We have diplomatic relations with the UAE and it is one of our main trading partners in the region,” said Khatibzadeh referring to FM Zarif’s future visit to UAE.

“There have been several talks between the two countries over the past year. Zarif’s trip is on the agenda and he will make this trip at an appropriate time,” he added.

Answering a question about the US military withdrawal and the possibility of the occupation of Helmand by the Taliban and the escalation of violence in the country, the spokesperson noted, “Afghanistan’s national security is closely related to Iran’s national security. It is natural to follow the developments in this country carefully.”

“The presence of several million Afghans in Iran and Iranian investment in this country in recent years for stability in national security and development of Afghanistan has made us an active player in this regard,” he added.

Stating that the reports Iran receives these days are not positive, Khatibzadeh said, “The Iranian special envoy is in constant contact with the authorities of this country and other countries, and we hope to prevent another crisis in Afghanistan with the help of Afghan groups.”

US accepted what Iran considers mandatory

In response to a question about the Vienna talks, Khatibzadeh said, “The Vienna talks have entered the drafting phase about the nuclear issue and the lifting of sanctions. It is faced with various details; These details do not allow us to announce it in public.”

“Talks are ongoing,” he added, “As part of its commitments, the United States has accepted much of what it must do and what we consider necessary and binding.”

“Reports are reviewed in Tehran, and our stances are reported to the negotiating team every day, and they follow up,” the diplomat noted.

“We welcome any initiative to finally resolve the Yemeni crisis. The situation in Yemen is tragic and a nation is under siege, and it needs water, food and basic necessities,” said the FM spokesman regarding the latest developments in Yemen.

“Certainly, no Islamic country should be satisfied with this situation,” he added, saying that the sooner the Saudi government agrees to end the war in Yemen, the better for Saudi Arabia and the region.

Iran not compromising with any country regarding its national security

In response to the G7 summit hosted by the United Kingdom and the issuance of a statement, Khatibzadeh said, “The Islamic Republic of Iran has repeatedly stated that it has a definite sanctity for the production, stockpiling and use of any weapon of mass destruction, including nuclear weapons.”

“The G7 and its leaders have forgotten that the United States was the party that withdrew from the JCPOA and tried to invalidate the UN Security Council resolution and punish everyone for adhering to it,” he added.

The Islamic Republic of Iran does not compromise with any country regarding its national security, he noted, adding, “The missiles of Iran and the Iranian defense program are part of the country’s defense system, and there is really no violation of Resolution 2231 in the Iranian missile program.”

“Resolution 2231 is quite clear, and Iran’s actions in this area are fully consistent with it,” he stressed. 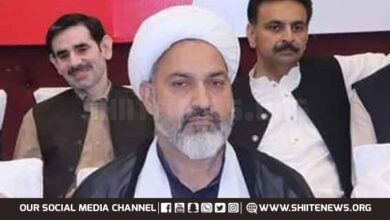 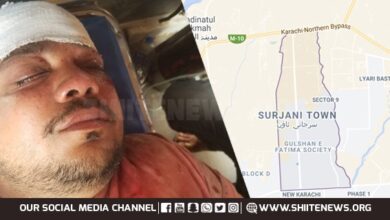