An Iranian spy connected to US’s Central Intelligence Agency has been sentenced to death, according to the spokesman of the Judiciary Branch.

“Recently an individual named Seyyed Mahmoud Mousavi Majd, who had been connected with Mossad and CIA services and had collected and transmitted intelligence on the location of Martyr General Soleimani, has been given a death sentence by the Islamic Revolution Court,” Gholamhossein Esmaeeli said in his weekly presser on Tuesday.

He noted that the verdict has been verified by the Supreme Court of Iran and will be carried out in the near future.

At the direct order of US President Donald Trump, American terrorist forces launched airstrikes at Baghdad airport on Jan. 3, assassinating Lieutenant General Soleimani and deputy PMU Abu Mahdi al-Muhandis and their comrades. Iran vehemently condemned the attack, vowing to take harsh revenge, part of which came five days later by a missile strike at US’ al-Asad airbase in Iraq. Iran has also promised to follow up on the case in international courts.

Ashura processions across Iran to commemorate Martyrs of Karbala 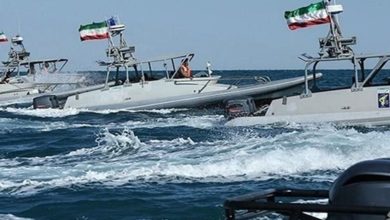 IRGC Urges US to Respect Maritime Law in Persian Gulf