Members of Bahrain’s parliament have condemned the invitation of several Israeli speakers to a business conference due in the Persian Gulf country next month.

The Global Entrepreneurship Congress, whose annual meeting this year is scheduled to be held in the capital, Manama, on April 15-18, has listed at least four Israelis on its official website among dozens of other people invited to speak.

One of the Israelis invited is the Tel Aviv regime’s Innovation Authority’s deputy chief Anya Eldan.

“Parliament stresses its support for the just cause of the brotherly Palestinian people, and it will remain a priority for the Bahraini and Arab people,” read the statement, which was published on the parliament’s official Facebook page.

“The end of the Israeli occupation and the withdrawal from all Arab land is an absolute necessity for the stability and security of the region and for a fair and comprehensive peace,” it added.

But the Arab governments of the Persian Gulf region and Israel are known to have been rather secretly cozying up to one another. Israel has recently stepped up its push to make its ties with Arab governments public and establish formal relations with them.

Last month, Israel’s Channel 13 news network reported that Bahrain had informed Israel more than two years ago that it was interested in normalizing relations with the regime.

The Israeli channel further said that the Bahraini foreign minister had held a secret meeting with former Israeli foreign minister Tzipi Livni on the sidelines of the 2017 Munich Security Conference in Germany.

Last year, reports said that Israeli Prime Minister Benjamin Netanyahu might visit Bahrain. Bahraini Foreign Minister Khalid bin Ahmed Al Khalifa denied an imminent visit by Netanyahu but said he would not hesitate to announce it if one were planned. 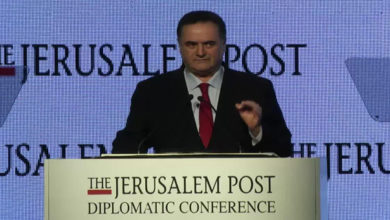