Bahraini prisoner Mohammed al-Muqabi has gone on hunger strike over his treatment in detention.

According to activists, Al-Muqabi who is serving a 15-year sentence, is being denied access to proper medical care for his thyroid gland disorder.

His family also reported that prison authorities and Bahrain’s oversight bodies have repeatedly ignored their efforts to try and bring attention to Al-Muqabi’s deteriorating psychological state.

Despite the setbacks, the Al-Muqabi family is continuing to call on authorities to halt their ‘harsh behavior’.

In recent months, a number of prisoners in the kingdom have observed hunger strikes over similar complaints. 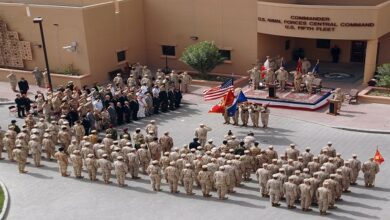