Bahrain has upheld death sentences against two activists as the ruling Al Khalifah regime intensifies its crackdown against political dissidents and pro-democracy campaigners in the tiny Persian Gulf kingdom.

The defendants, Ahmad al-Abbar and Hussein Mahdi, were sentenced to death by the Bahrain Criminal Court after they made forced confessions, according to the Manama Post website. Their charges were not immediately known.

Another Bahraini court also sentenced nine citizens to jail and revoked their citizenship.

Separately, a court in the capital Manama on Sunday also sentenced 20 activists to prison sentences ranging from 3 to 15 years after they were convicted on “terrorism” charges.

This came days after a Bahrain court on Tuesday revoked the citizenship of 115 people at a mass terrorism trial.

The court ruling came as much of the Mideast was focusing on Israeli forces killing over dozens of Palestinian protesters as the US relocated its embassy from Tel Aviv to the occupied Jerusalem al-Quds the day before. Like much of the crackdown, it has quietly escaped attention.

The trials in Bahrain are often tainted with allegations of torture and coerced confessions. Hundreds have been sentenced to lengthy prison terms.

Activists say the number of those who have lost their citizenship in Bahrain since 2012 has risen to over 700.
Rights groups have accused Manama of employing its anti-terror legislation to jail and torture regime critics. 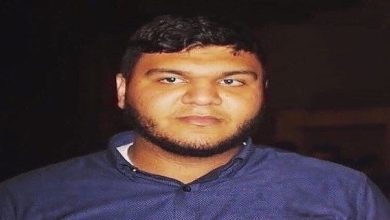